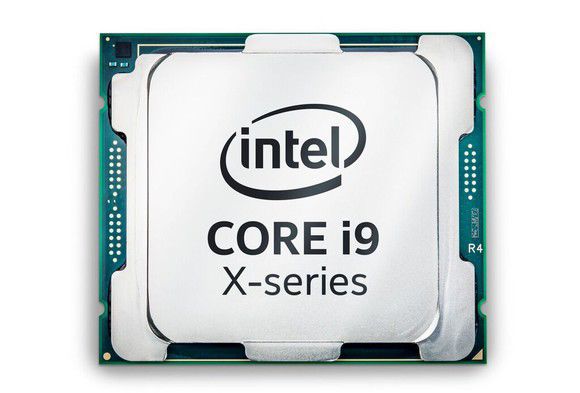 At the Computex conference in Taipei May 30, Intel introduced a new lineup of processors that specifically targets the high-end desktop PC market, a sector in which the company hasn’t showed much interest previously.

This is a pivot of sorts. The general manager of Intel’s Client Computing Group, Gregory Bryant, told attendees at the conference that the company is entering a “new era of computing and that this will play a big role in driving our connected future.”

What does that mean? It signifies that Intel is now focusing on more on devices–yes, this includes the budding IoT greenfield, with all its sensors, cameras and so on–connectivity, form factor and performance, Bryant said.

We’ll no doubt be hearing more about this strategy in the near future.

In the meantime, high-end PCs are considered one of those new-gen devices. With the new Skylake-X chips and their accompanying X299 platform, the world’s largest processor-maker is stepping into a segment currently dominated by Nvidia and AMD for machines sold to gamers, content creators and other artistic types.

Intel is following directly on the heels of AMD, which announced its new high-end desktop (HEDT) platform, the 16-core 32-thread ThreadRipper earlier this month.

The high-end desktop market is small compared to the laptop sector but growing globally; the major advantage is that users are often willing to pay premiums for higher performance, so the margins are significantly better than in other PC markets.

Skylake-X also introduced the latest revision of the Turbo Boost Max 3 feature that was included on the last-generation Broadwell-E high-end desktop (HEDT) chips. In Broadwell-E, automation is a key feature; Turbo Boost Max 3 determines which individual core within the processor supports the highest clock speeds and boosts that core in workloads that stress only a single core.

Skylake-X extends that to identify the two individual cores that support the highest speeds, going from a single-core boost to a dual-core boost.

Skylake-X parts use an updated processor architecture that should yield performance improvements relative to the Broadwell-E parts at identical core counts and frequencies, the company said.