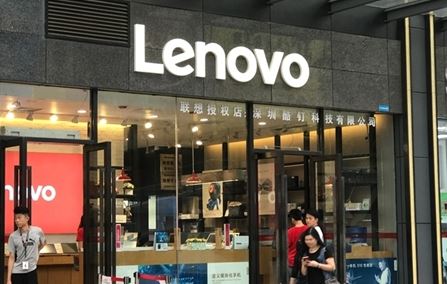 ORLANDO, Fla.—Two years ago, at the company’s first Transform commercial event, the focus for Lenovo data center officials was on servers, with the largest launch of systems in the company’s history. A year later at the show, storage was at the center, with Lenovo unveiling a partnership with NetApp that led to a five-fold year-over-year increase in the storage business.

This week here at the Lenovo Transform 3.0 Accelerate show, company officials took aim at the internet of things (IoT) in the enterprise and edge computing and laid out plans for growing Lenovo’s Data Center Group’s (DCG) size and reach, including targeting hyperscalers—including taking on not only traditional OEMs but also original design manufacturers (ODMs)—extending more of its technologies to the edge, leading in such areas as Intel’s “Cascade Lake” processors and accelerators like GPUs and field-programmable gate arrays (FPGs) and rolling out products in the networking and telecommunications areas.

Lenovo also is pursuing an aggressive as-a-service initiative led by its TruScale infrastructure consumption-based model introduced in February and which will touch everything from hyperscalers and IoT to the data center, high-performance computing (HPC) and artificial intelligence (AI) and telcos.

The moves come as Lenovo has seen a resurgence in its data center business. The company in 2014 bought IBM’s x86-based server business for $2.1 billion, a move that immediately made it a major global data-center player but which took time to take advantage of. After a slow start, the DCG is coming on strong. Though still dwarfed by Lenovo’s PC business, in February the group reported its fifth consecutive quarter of growth, increasing revenues year-over-year 31 percent, to $1.6 billion (the PC and Smart Devices business saw $10.7 billion in revenue).

The goal, no less, is to become the key data center technology vendor in the world, whether on-premises, in the cloud or at the edge, according to Kirk Skaugen, executive vice president and DCG president. The opportunity is there, particularly with the number of connected devices worldwide moving well into the tens of billions in the coming years and with the growth of 5G networking.

Jon Pershke, vice president of strategy and emerging business for Lenovo’s Intelligent Device Group, said during a keynote that the company can leverage in IoT and at the edge what it’s created over the years for the data center.

“We can take those assets we developed in the IT world and deploy them in every corner of the Earth,” Pershke said.

At the show, Lenovo officials talked about products aimed at such areas as IoT as well as some of the directions they’re moving in. In IoT, Skaugen showed off the ThinkSystem SE350, an edge server about the size of two tablets and powered by an Intel Xeon-D chip that is designed to run outside of the data center and can be stacked on a shelf or attached to a wall.

In addition, the company introduced the ThinkCentre M90 compact commercial desktop PC, the M90n-1 Nano PC and the M90n-1 Nano IoT, a secure IoT gateway hardened to run in locations with wide temperature ranges (0-50 degrees Celsius) and to withstand high vibration for such environments as manufacturing floors.

Skaugen also is putting hypercalers in his sights. Such companies as Google, Amazon, Facebook and Alibaba have become key drivers of data center infrastructure spending in recent years, and Lenovo will leverage its scale and global reach to grow its presence in the space. The company also works with six of the largest hyperscalers and is aiming at those in the next tier down.

“Our hyperscale strategy is ODM-plus,” Skaugen said during a press event here. “Previously, all we used to do two years ago was take an ODM motherboard, put it into an ODM systems factory, we’d ship it to an ODM supply chain and we’d put our badge on it. What we do today is start with a blank sheet of paper and we will do a custom design. … These large hyperscalers require custom capabilities.”

Skaugen estimated that Lenovo will do more than 40 custom designs this year, including a custom Xeon CPU, motherboard and networking system. The company has the scale—its factory already builds 20 million to 25 million motherboards a year for ThinkPad PCs, and that capacity can grow to include other Lenovo businesses. In addition, the company has global reach, operating in 160 countries.

Other DCG plans include large product rollouts around telco and networking later this year, more cloud-to-edge products, broad as-a-service offerings based on its TruScale technology and expanding its use of such components as processors from AMD, GPUs from Nvidia and FPGAs, which are sold by Intel and Xilinx, among others. GPUs and FPGAs are key technologies for such modern workloads as AI, machine learning and data analytics.

At the show, Lenovo officials also showed off new commercial PCs, including previewing a 13.3-inche foldable notebook that will be part of the ThinkPad X1 lineup and aimed at mobile workers. Few details were released, though it reportedly will be released next year. In addition, the company rolled out a new brand name—ThinkBook—that will include thin notebooks aimed at SMBs.