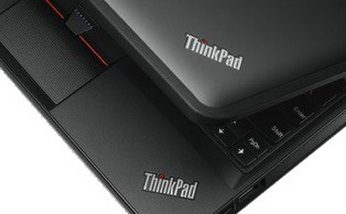 Computer maker Lenovo announced the launch of the ThinkPad X131e Chromebook, a customizable notebook with rugged features designed for educational institutions with software and security management for school administrators and access to education resources and storage.

The ThinkPad X131e has rugged features, including a rubber bumper around the top cover and stronger corners to protect the system in case of an accidental drop. Additionally, the hinges and hinge brackets are also strengthened to last more than 50,000 open-and-close cycles. The ThinkPad X131e Chromebook will be available starting Feb. 26 through a special bid process, according to a Lenovo release.

“The ThinkPad X131e has proven to be very successful in education environments,” Jerry Paradise, ThinkPad Product Group executive marketing director, said in a statement. “With the rugged features we added to the X131e, we’ve seen reduced failure rates in the field. This is a huge benefit to schools and students. We’re pleased to be able to offer this hardened ThinkPad Chromebook as a great computer for schools.”

Weighing in at less than 4 pounds, the 11.6-inch X131e features an Intel processor, a 1366 by 768 high-definition LED anti-glare screen and three USB ports, as well as High Definition Multimedia Interface (HDMI) and VGA ports. Other features include a number of customization options, such as custom colors, asset-tagging services to help keep track of devices left on the school bus or in the classroom, and school logo etching customization.

“Chromebooks are in use today by more than one thousand K-12 schools, and they make an ideal one-to-one device because they’re more cost effective, [and] easier to manage and maintain than traditional laptops or tablets,” Caesar Sengupta, director of product management for Google’s Chrome OS, said in a statement. “Lenovo has a great reputation in schools for making durable and reliable laptops, so we’re excited to partner with them to introduce the ThinkPad X131e Chromebook.”

In August 2012, research firm IDC conducted detailed research with twelve K-12 school systems that implemented Chromebooks for student access to the Internet and to educational materials, and found Chromebooks reduced the need for additional IT staff to support their deployments, requiring approximately 69 percent less labor to install and 92 percent less labor to support than desktop PCs, laptop PCs, or netbooks.

In addition, Chromebooks’ high reliability increased actual teaching and educational administration time by reducing the time lost in managing desktop PCs, laptop PCs or netbooks by 82 percent, according to the IDC study.