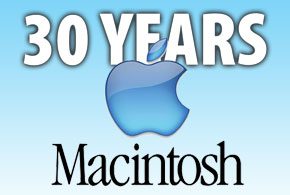 When I was introduced to the original Macintosh early in 1984, I looked at the device on the table in front of me with a sense of wonder. It wasn’t because I was blown away by the technical innovation. Rather, I was wondering why anyone would want to work on a computer with a tiny 9-inch screen.

At the time I was looking at the first Mac, I was a Navy officer stationed in Columbus, Ohio, where I was the executive officer of what was then the Defense Logistics Agency’s Systems Automation Center. So when the local (and original) Micro Center store in Columbus invited business leaders over to see the new Mac, I got an invitation and accepted it. This was, after all, the same store where I’d had my first look at Ethernet, another transformative event.

Of course, at the time I didn’t realize that what I was seeing would prove to be transformative. I was looking at the Mac to see if there was any possibility that it might have a role in our part of the military’s computing infrastructure. In those days, our primary computers were Amdahl V7c and V8 mainframe computers, which were clones of IBM mainframes.

I had been deeply involved in the earliest contracts that brought personal computers into the military. By this time, I’d already purchased the first of the Zenith computers that eventually became the standard in the Navy. These computers ran MS-DOS, but were not fully IBM-PC compatible. They also ran the old CP/M operating system, and it was the ability to run both operating systems that got our attention.

But there was a need for computers that were fairly small and simple to use, especially aboard ships where spaces are tight and training hard to accomplish. So I went and looked. That’s when I wondered how this tiny computer could possibly be any use to me or my assignment. So I played with the GUI for a few minutes, found that applications were almost nonexistent and went back to my office.

I had no idea that I’d just seen the future. In fact, I thought I’d just seen the past. I was aware of the Alto computers developed by Xerox and I’d seen a mouse demonstrated, but neither had been particularly successful. But when I later talked with the editors at Byte Magazine (I was also writing for Byte in those days), they were excited to report that Byte Labs had just gotten their hands on a Macintosh.

The rest, as they say, is history. The folks at Byte loved the Mac, and it became clear to me that there were some things that this new graphical computer could do very well. But when it came time to buy some more computers for our office, we went with the Zeniths. I knew where to get the applications we needed. I knew how to set up these computers so they could interface with the mainframes and, quite frankly, the learning curve wasn’t as steep.

But then the obstacles to GUI use and the obstacles to the Macintosh began to fall. Microsoft introduced Windows nearly two years after the Mac made its debut, but Windows didn’t start out as a complete operating system that was effective enough for general use. Instead, Windows ran on top of MS-DOS, bringing added features and a basic graphical interface. But much of the time you needed to drop out of Windows and execute programs using the MS-DOS command-line interface.

When I retired from the Navy in 1985 and went to work in the civilian world, I discovered that Macs were everywhere. At first they were pretty much relegated to corporate art and publishing departments. Some companies still had an earlier version of an Apple with a GUI, the Lisa. After a few years, I went to work in the publishing business and found that Macs had grown beyond just a few people using publishing software and into mainstream business computing.

By then the GUI in Windows had become more of a full-scale graphical operating system and Unix-based computers were running their own GUIs. By now, the influence of the Mac was clear enough that companies such as Microsoft were actually trying to make themselves look LESS like the Mac. By the mid-1990s, however, the die was cast. The GUI was the standard, the norm. While the command line still existed for some platforms, you usually had to invoke it as a separate application.

Now, 30 years later, the tiny, little monochrome screen of the original Mac is gone, but it leaves as its legacy a world where everything is graphical. A Mac user from 1984 would feel vastly more at home with my Windows 7-based computer on which I am typing these words than would an MS-DOS user from those days. Quietly, through sheer utility, the Mac is now everywhere, even where it says Windows.