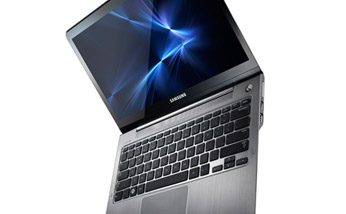 Although Microsoft has irritated some of its OEM partners by introducing its own Surface tablet computer, that hasn’t stopped them from developing a huge number of their own products running the new Windows 8 operating system.

“Our partners are building an incredible breadth of hardware,” Klein stated.

That didn’t help Microsoft’s first-quarter financial results, though. The company’s net income came in at $4.47 billion, 22 percent lower than $5.74 billion in the year-ago quarter. Revenue fell 8 percent to $16 billion, from $17.37 a year earlier. Microsoft cited declining PC sales as consumers gravitated to tablets, but also because people were holding off on purchasing new computers until Windows 8 comes out Oct. 26.

It looks promising, then, that presales of Windows 8 OS licenses to OEMs totaled about $800 million, which was about 40 percent higher than Windows 7 presales revenue in the comparable launch quarter in October of 2009, said Bill Koefoed, general manager of investor relations at Microsoft.

Microsoft is introducing its own Windows 8 tablet, Surface, at a starting price of $499, which some analysts believe will give OEMs an opportunity to come in at a lower price and generate strong sales in competition with Microsoft.

OEMs such as Asus, Dell, Lenovo, Samsung, Sony and others have previewed a large lineup of notebooks, desktops, tablets, Ultrabooks and convertible notebook/tablet hybrids. Acer is, too, even after its CEO warned Microsoft to “think twice” before going into competition against its partners with Surface.

“When I talk to CIOs, for example, and the enterprises, one of the things they are really excited about is that Windows 8 devices give them a chance for their employees to have the devices they want and bring to work,” Klein said, according to a transcript of the earnings call from the Website Seeking Alpha. “They get the kind of manageability, security and the integration to go on and the business apps they want.”

While those business applications include the Microsoft Office 2013 suite, the creation of a third-party application environment around Windows 8 that is as robust as Apple’s App Store, is a work in progress. News reports state that Microsoft has just 4,000 apps for Windows 8—with a publicly stated goal of 100,000—versus 700,000 and 675,000 apps for Apple and Android, respectively.

However, Carolina Milanesi, a vice president at the research firm Gartner, anticipates that the actual release of Windows 8 and the hardware that runs it will stimulate application development.