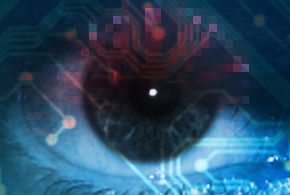 Renowned theoretical physicist and cosmologist Stephen Hawking is famous for his plain language explanations of physics. But he’s also known for his ability to communicate and conduct research using a tablet computer that he controls with only his eyes.

Hawking does this with a custom-built eye tracker provided by Intel that allows him to pick out words for speech as well as to control his Lenovo Yoga laptop computer that runs Windows 10.

Unfortunately, not everyone who has lost the use of their hands can afford the custom-built setup used by Hawking. But there many people who suffer from the same disabling neurological disease as Hawking, amyotrophic lateral sclerosis (ALS), better known as Lou Gherig’s disease named for the Hall of Fame major league baseball player who first brought attention to the disease when it ended his career in 1939.

Now, Microsoft is making computer eye control a reality for everyone.

In the Aug. 3 Windows Insider blog entry, Windows software engineer Dona Sarkar detailed the improvements to Windows 10 that are coming out now for users of the new Creators Update for Windows 10.

A lot of what’s in Sarkar’s announcement consists of bug fixes and security updates, but right at the top of the list is Eye Control (beta) which will provide similar functionality to the Hawking device, including the ability to spell out words using predictive text, text to speech and control of Windows.

Eye Control requires a third-party device in the form of the Tobii Eye Tracker 4C. This $149 device is available from Amazon and other resellers. What’s interesting is that Tobii sells this product as a gaming device where it’s supported by about 60 video games that run on Windows.

The addition of the eye control software to Windows expands the capabilities of the Tobii Eye Tracker. Once you install the eye tracker hardware, Windows will provide you with an application launch pad. You invoke the launch pad by turning on Eye Control and then look up the function you want to use.

The Eye Control function will support a keyboard and mouse capability. The currently available keyboard is for U.S. English, but according to the announcement, keyboards for other languages will be released in the near future.

Currently, the Windows Eye Control function only works with Tobii hardware. Microsoft chose to work with the Eye Tracker 4C apparently because of its popularity in the gaming market.

Tobii makes other eye control devices, including the Tobii Dynavox PCEye Mini, PCEyePlus, EyeMobile Plus and I-series and Micrsoft intends to add support for these devices, according to Sarkar. In addition, the announcement says that Microsoft wants to work with makers of other eye tracking devices as well.

This move by Microsoft, along with moves by other major companies to improve the accessibility of their products is important for several reasons. The most obvious is that it makes their products available to people with disabilities who otherwise can’t easily use a computer. Because personal computers have become such a vital part of society, it means that these people can interact in ways that were previously closed to them.

For example, virtually all job applications are handled online and so are nearly all job postings. That means that for someone to get a job, they need to use a computer, and if their handicap prevents that, then they’re effectively closed out of the job market. The same is true for a growing set of activities ranging from education to commerce.

But despite its limitations now, the potential of eye tracking is great. Samsung smartphones have been performing eye tracking for years and those platforms have used it to perform functions such as controlling the play of a video, so that if you look away from your phone’s screen, it can stop the playback until you look at the screen again.

Eventually, it seems likely that some form of eye tracking will emerge that uses the front facing camera on most computers. Windows can already use the cameras on some laptops for Windows Hello, where it uses facial recognition to identify an authorized user. While eye tracking is more difficult than recognizing a face, it still seems to be within the range of possibility.

It’s worth noting that as important as eye tracking is for accessibility, there are other purposes for this technology. Eye tracking is already being used for video games, for example, which was the original purpose for the Tobii Eye Tracker 4C. But eye tracking is also used in military aviation and car companies are already experimenting with eye tracking as a means of controlling vehicles.

Eye tracking is also important because it demonstrates a significant effort by a major technology company to make their products more accessible to the handicapped. Apple has also done this with the ability to provide connectivity to a variety of medical devices and prostheses.

I’ve used those capabilities to help overcome the effects of injuries I received during my military service, and while my requirements are modest, the difference such accommodations make is huge.

Access to Microsoft’s Eye Control technology will be a life changing improvement for many. It will, in effect, bring the technologies used by Professor Hawking within the reach of many, even, perhaps to a young person who will become the next Stephen Hawking.