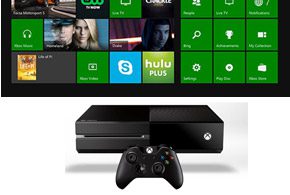 This week, Xbox One owners will get a new system update that paves the way for two major new features, announced Larry Hryb, director of programming for Xbox Live at Microsoft, on his blog.

“Later today Xbox One owners will be getting a system update,” wrote Hryb in a brief July 7 post. “This update prepares for game streaming to Windows 10 (launching July 29th) and our upcoming Backward Compatibility feature launching in a few months.”

Among the many new features in Windows 10 is streaming Xbox One games to a PC or tablet. Members of the Xbox One and Windows Insider preview programs have been able to mirror the Xbox One experience on their Windows 10 devices since mid-June.

“With the streaming functionality, not only can you stream games but you can also access your friends, achievements, Party Chat, multiplayer, Snap mode and more. Game streaming is then initiated from the Xbox on Windows 10 app on a PC or tablet in the same home network,” explained the company’s Xbox group in a June 15 announcement.

The July Xbox One update also sets the groundwork for backward compatibility for Xbox 360 games this fall.

“Not only is backward compatibility one of the most-requested fan features, it’s also part of our vision to provide the biggest and best games catalog without limits, so you can get more out of the investment you’ve made in your game collection, and your games library is not limited to just one device,” said the company in a statement.

Twenty-one games are currently supported in the version of the update for participants of the Xbox One preview program. “We’ll have over 100 titles this holiday, with hundreds more added in the months to come,” Microsoft said.

The update allows Xbox One and Xbox 360 gamers to play multiplayer titles together, each using their respective devices. Backward compatibility also brings newer features to older titles while played on the newer hardware. These include GameDVR, streaming to Windows 10 and screenshots.

But there are some shortcomings, cautioned Microsoft.

“However, because this is a software solution, titles that require Xbox 360 hardware accessories such as Kinect for gameplay will not be supported. We look forward to sharing more title announcements each month,” said the company.

After the update is applied, users will notice little difference, Hryb said. “There are no new user-facing features in this release as the team focuses on the New Xbox One Experience that will be available later this year.”

In the fall, Microsoft will completely revamp the Xbox One interface. Updates will include a new quick menu that provides near-instant access to popular features like the friends list, messages and select settings. Other additions will include a new Community section, the return of Xbox 360-like avatars and Cortana, Microsoft’s virtual assistant.