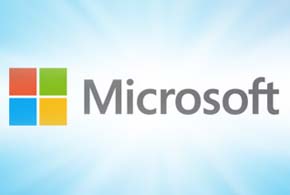 Microsoft is shuttering its MSN TV service, formerly WebTV, on Sept. 30, 2013, the company announced on its Website and in an email to current customers. Microsoft acquired WebTV Networks in 1997 for $425 million.

Long before smartphones, tablets and smart TVs, WebTV set-top boxes offered consumers a comparatively low-cost alternative to PCs, enabling them to access the Internet and browse Websites on their television sets. In an April 6, 1997, statement announcing the deal, Bill Gates, Microsoft’s CEO at the time, said that the buy “underscores our strategy of delivering to consumers the benefits of the Internet together with emerging forms of digital broadcasting.”

WebTV was rebranded as MSN TV in 2001. Twelve years later, and amid a boom in mobile device sales, MSN TV is facing its end.

“For the past decade, we have been excited to build products that provided our customers with easy access to the Internet on TV. Unfortunately, all good things must eventually come to an end. Today we are announcing that we will be closing the MSN TV service,” wrote the company in an email to subscribers, which was posted by VentureBeat.

“We want to sincerely thank you for your continued support of the MSN TV service over the years. We have enjoyed bringing this technology to such loyal customers,” added Microsoft.

In a FAQ published on the WebTV.com Website, the company hinted that MSN TV was a relic of the past. Since WebTV’s launch and after subsequent updates, “the web has continued to evolve at a breathtaking pace, and there are many new ways to access the internet,” wrote the company.

“Accordingly, we have made the difficult decision to end the MSN TV service on September 30th, 2013. We are working with our customers to ensure the transition is as seamless as possible,” added Microsoft. Current subscribers are advised to save their data, including emails, favorites and photos, to the company’s cloud-based services, namely Outlook.com and SkyDrive.

Since the days of dial-up, demand for Internet-enabled set-top boxes has dwindled. Smartphones, tablets and residential broadband now allow consumers to surf the Web from their couches without interrupting on-screen programming—the so-called second screen experience. According to NDP Group, 87 percent of TV viewers in the United States use at least one second-screen device while indulging in some programming.

The arrival of smart TVs and Web-capable video game consoles like Sony’s PlayStation 3 and Microsoft’s own Xbox 360 further diminished the appeal of WebTV-like devices for users who want to use their HDTVs to surf the Web.

Microsoft isn’t the only company facing these challenges. Device and PC peripheral maker Logitech announced in late 2011 that the company was giving up on Google TV after having lost $100 million on the Revue, an Android-powered set-top box. LG eschewed companion devices and instead opted to bake Google TV into select models of its 2013 TV lineup.