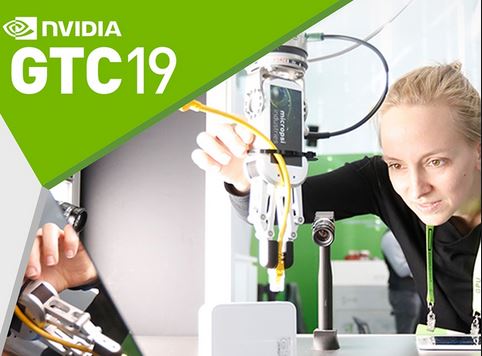 This week, graphics processing unit market leader Nvidia is holding its annual GPU Technology Conference (GTC) in San Jose, Calif. What was once a niche show dedicated to video-game graphics has exploded into a massive artificial intelligence conference as the GPU has become a key technology in that field.

Nvidia has had a great run over the past few years as the GPU has risen in importance. What sets Nvidia apart is that it’s always tried to make it easy for customers to consume their processors. For example, its CUDA software makes it easy for developers to write applications that leverage the GPU.

Every GTC is filled with a good amount of news, and this one is no different. The big news for IT professionals revolves around new platforms optimized for data scientists. The field of data sciences used to be a niche resume line that job candidates used for verticals such as life sciences and mining. Today, the number of data scientists has exploded and is instrumental in helping almost every vertical digital transform. The demand for data scientists is expected to continue to increase and remains one of the hottest areas of education today.

One of the challenges for companies is giving data scientists the right technology to do their jobs. Traditional CPU-based computers just don’t have the horsepower to crunch the massive data sets that exist today.

During his keynote, Jensen Huang invited VP of Global Community for Omnisci (formerly MapD) Aaron Williams up on stage to describe the work they are doing with a cable company to understand how to optimize the placement of WiFi access points and then predict where they would be needed.

The network generates a whopping 1TB a day, and numerous days need to be ingested into a database for analysis. The dataset that the company handles is the equivalent of a spreadsheet with 500 million rows, which is far too massive for a CPU-only system but is handled easily by a GPU system.

On the CPU-based system, the data took about eight days to load, and then each query took several hours to run. The parallel-processing capabilities of the GPU reduced the load time to 4 minutes, and queries can be run in real time, making the system interactive.

This is significant, because data scientists are very expensive resources for companies and should be kept busy. With a CPU system, the data scientist would start the load process and then have nothing to do for more than a week. Then every time a query is run, they would once again return to effectively twiddling their thumbs. The right infrastructure and software can maximize the productivity of data scientists.

The challenge for many businesses is understanding what should be deployed and how to deploy it. GPUs are needed, but building a full system requires an operating system, software, storage and a number of other considerations. To simplify this, at GTC Nvidia announced high-performance workstations specifically designed for data scientists. The Nvidia-powered computers are based on a reference architecture comprising dual, high-end Nvidia Quadro RTX GPUs and Nvidia CUDA-X AI accelerated data science software such as RAPIDS, TensorFlow, PyTorch and Caffe.

The systems are enterprise-ready and have been fully tested and optimized in conjunction with the workstation manufacturers to meet the demands of mission-critical environments. What Nvidia created was a reference design. Customers can purchase a workstation from any number of manufacturers, including Hewlett Packard Enterprise, Lenovo and Dell EMC.

For companies that want a centralized resource, Nvidia also announced servers that have been optimized for data scientists. These servers use the Nvidia T4 GPUs, which are tuned to run the Nvidia CUDA-X AI acceleration libraries. The software on systems have been tested as part of the Nvidia GPU Cloud (NGC) Ready validation process, which is a set of GPU-accelerated software, pretrained AI models, model training for data analytics, machine learning, deep learning and high-performance computing.

Key validated servers announced at the show are:

Robots Will Be an IT Thing

Nvidia also made an announcement advancing the field of robots and autonomous vehicles. If you’re reading this thinking that robots will never be an IT thing, you’re wrong.

Earlier this year, I authored this post discussing how co-bots were coming to the workplace. Over time, anything that moves will have AI capabilities in it, and this will have significant impact on the workplace.

Nvidia has a wide range of systems designed for vehicles and larger robots. At the show, the company took the covers off the Jetson Nano, a small form factor AI CUDA-AI X-based computer that runs all AI models. The device is about the size of a Raspberry Pi but packs a punch as it delivers 472 GFLOPS of computer power while consuming as little as 5 watts, making it battery-efficient. Jetson Nano comes in two flavors—a $99 unit devkit and a $129 production-ready model. The small size makes it ideal for internet of things (IoT) endpoints and other edge platforms that require AI capabilities.

Also at GTC, Amazon Web Services announced a partnership with Nvidia in which businesses can leverage the ubiquity and cost benefits of the cloud to deploy AI to IoT and edge devices. The joint product lets customers develop, create, train and optimize AI models in the AWS cloud and then deploy them to Jetson-powered devices such as smart cameras and manufacturing equipment using AWS IoT Greengrass.

The cloud solution extends the AWS environment to edge devices, so they can locally interact with the data on the endpoint while still using the cloud for management, analytics and durable storage. Inferencing can be done at the edge using Greengrass and then data can be sent back to a cloud-based machine learning service such as Amazon Sagemaker for improved model accuracy. The Nvidia–AWS joint solution holds a lot of potential because it brings AI to applications and devices where it wasn’t possible before.

GTC has evolved into the industry’s largest AI show, partially because of the role GPUs play. Nvidia has always innovated quickly in the area of silicon, but its real advantage has been its ability to understand how to scale AI, machine learning and data sciences to the masses—and not to just a few companies with deep pockets. The above products are excellent examples of that.