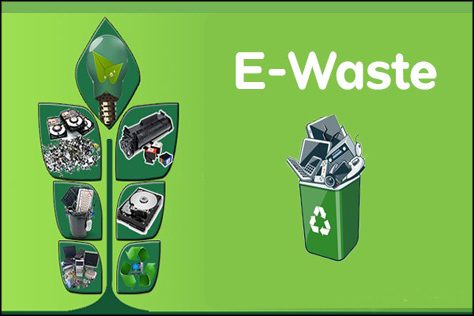 The global COVID-19 pandemic dramatically reshaped almost every facet of our lives, including how and where we work. Enterprises across the world adopted a work-from-home strategy that triggered a massive surge of IT investment to equip workers with the computers, laptops and smartphones they required to be productive.

At some point, once this public health crisis passes, many employees will return to their offices. The question then is what will happen to excess IT equipment: Will it add to an already growing global e-waste problem? More than 53 million metric tons of e-waste was produced in 2019 alone. Or will businesses find other ways to responsibly deal with the IT assets they no longer need?

In this eWEEK Data Points article, Fredrik Forslund, vice-president of enterprise and cloud erasure at Blancco, highlights the most important findings from the report. Survey responses from 600 C-level executives and IT decision makers at global enterprises with 5,000+ employees located in the U.S., Japan, Germany, France and the U.K have resulted in four key considerations for enterprises as we head into 2021.

Data Point No. 1: The pandemic has fueled massive IT asset investment in the U.S. and increased business risk.

In line with their European counterparts, 97% of U.S. executives said that COVID-19 necessitated the short-term investment in technology, with 77% buying new devices. When asked what will happen to new and used devices after they’re no longer needed, the responses were mixed: 27% of U.S. respondents said laptops would be erased and then resold.

Another 24% said the devices would be erased to be reused internally. An additional 7% reported these devices would be erased and recycled, and 12% of U.S.-based organizations will send them to an ITAD for processing. Two-thirds of respondents recognize that their organizations are at risk of a data breach or regulatory compliance failure from the purchase and potential mismanagement of both new and previously owned devices, especially with so many of those devices now located in home offices across the country.

Data Point No. 2: Nearly half of global organizations have created new roles for executing e-waste policies.

Nearly half (47%) of respondents from global enterprises stated they’ve created new roles to execute e-waste policies, especially those in finance (51%) and legal (54%), perhaps driven by the number of new and used assets purchased due to the pandemic and the need to manage their new technology inventory responsibly.

This new attitude toward asset management is reflected in the high number of U.S. survey takers (88%) who said, “We must take a serious view on ensuring all devices used to equip the workforce throughout the COVID-19 pandemic are appropriately stored and disposed of.” This is an encouraging sign that establishing corporate social responsibility (CSR) and e-waste policies is becoming more widespread globally and a clear indication that organizations are taking the e-waste crisis more seriously.

Data Point No. 3: Communication is the weak link hindering the success of e-waste policies.

The uncertainty of how to inform employees of e-waste policies is a global issue. The report found that only half (50%) of global enterprises surveyed have a dedicated e-waste policy that was communicated across the whole organization, with 56% of U.S. respondents in agreement. Nearly half (47%) of global enterprises and 44% in the U.S. are “uncertain” about how best to communicate e-waste policies. This challenge is exacerbated by the fact that the task of being responsible for e-waste and CSR policy communications lacks ownership.

In the U.S., 36% of enterprises have an e-waste policy in place for end-of-life device management, although such policies are not yet being communicated or implemented. Nearly a third (32%) of U.S. respondents said the reason their e-waste policies hadn’t been communicated was that no one had taken control of them.

One of the key reasons for a lack of clear direction and ownership may be due to the fact that 45% of U.S. respondents claim their organizations view CSR policies as low priority lacking support from senior stakeholders. The findings bring to light a consciousness that e-waste is a serious issue, but there is still an obvious lack of ownership for policies that recognize the urgent nature of the e-waste issue and which reflect the new and changing nature of remote work environments.

When we conducted a similar survey in the third quarter of 2019, 30% of U.S. respondents said they were physically destroying end-of-life assets because it was better for the environment. Nearly one year later, this number has grown to 32%.

The misconception about destruction being better for the environment is clearly a myth that persists. The fact is that electronics dumped in a landfill contain toxic and hazardous materials, such as mercury and lead, which are extremely harmful to the environment and to anyone who might be exposed to them. When asked to dig further into the rationale behind the belief that device destruction is better for the environment, just under half (49%) said they believe it to be more energy-efficient while 46% believed some of the waste can be recycled or reused.

It’s a positive step to see respondents acknowledge that they plan to recycle or reuse some of the waste; however, this does not detract from the fact that organizations continue to dump toxic electronic waste in landfills.

The findings from this study are encouraging, showing improvement in attitudes and acknowledgment of the growing global e-waste crisis. As 2021 gets under way, companies should continue to make e-waste a high priority by both developing and executing specific CSR policies that incorporate e-waste.

However, without stakeholder commitment to communicating and carrying out these policies, they will remain ineffective. Appointing dedicated CSR “czars” who have the responsibility, authority and means to enforce the policies will help organizations do their part to combat the global e-waste crisis while maintaining the highest possible data security standards.