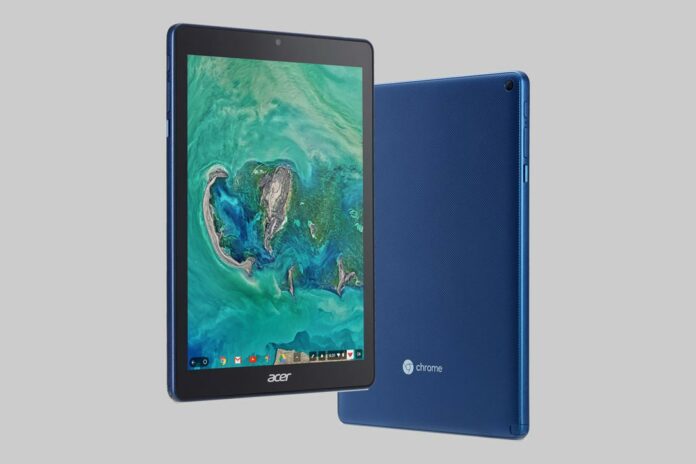 IT hardware market research firm TrendForce reported May 10 that global tablet shipments for the first calendar quarter of 2018 recorded only 31.3 million units, a steep quarterly decline of 35 percent.

The researcher said this was due largely to the traditional sales off-season for tablet PCs. When it comes to the second quarter, TrendForce said, shipments are expected to grow by 11.4 percent, driven mostly by the education market as it prepares for the next school year. The researcher said year-on-year shipment growth is expected to return to 1.5 percent in the second quarter.

“Tablets are no longer the focus of the (PC) market but have become low-pricing products, helping vendors increase market shares,” TrendForce notebook analyst Kou-Han Tseng said in a media advisory. “But the education market has gained much attention recently.”

Apple in 1Q18 launched its 9.7-inch iPads, priced at $329 and offered an education discount of $30 to $299. Chrome OS tablets for education were released in early 2Q18; Microsoft tablet products are also expected to come out at the end of 2Q18. After the entry of this new player, all three major OS system developers will present themselves in the market, bringing new growth momentum to tablet shipments in 2Q18.

Apple, Samsung, Huawei Go One, Two and Three in Market

In 1Q18, Apple was No. 1 in the market with 9.11 million iPads shipped, bringing its market share up to 29.1 percent, 1.2 percentage points up from 1Q17. The shipments of iPads are expected to increase by 12 percent quarterly in 2Q18, driven by the release of new 9.7-inch units.

No. 2 Samsung  shipped 5.37 million units in 1Q18, a quarterly decline of 23.7 percent. Although Samsung actively develops the commercial segment of tablet market and high-end AMOLED tablets, it remains difficult for that company to boost the sales of premium products. As a result, Samsung’s market share fell to 17.1 percent in the first quarter, down from 19.1 percent in 1Q17.

No. 3 Huawei had a notable performance in Q1 with 2.53 million tablets shipped. To enhance the sales of its consumer products, Huawei has cooperated with telecom companies to promote its premium models. It has also targeted emerging markets with its entry-level products, boosting its market share to 8.1 percent.

Amazon, Lenovo Are in the Top Five

Amazon shipped 2.45 million tablets in the first quarter, a quarterly decline of 56.5 percent, to rank fourth. This year, it will release a larger Kindle Fire product. In addition to shipping standard 7-inch models, the 8-inch and even 10.1-inch models will be the main driving force for shipment growth this year, TrendForce said.

No. 5 Lenovo shipped 2 million units in the first quarter, a quarterly 22.7 percent decline. Lenovo has been aggressively expanding in the European and emerging markets. Its market share came to 6.4 percent, roughly the same as last year.