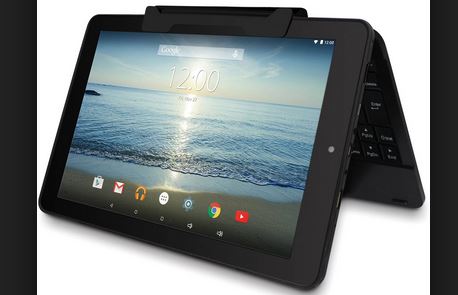 RCA, which doesn’t stand for Radio Corporation of America anymore but is a brand used by Hong Kong-based Alco Electronics, on Jan. 4 unveiled three new tablets and a 2-and-1 tablet/PC at CES 2017, including the Horizon 17 Android (17.3-inch) and Voyager III (7-inch) tablets.

RCA’s Horizon 17 Android All-in-One is designed with family use in mind. It features a quad core Android 6.0 (Marshmallow) with 2GB RAM and 64GB flash. The oversized screen is intended for watching movies, videos or TV shows anywhere in the house. It’s also simple to set up separate profiles, making it easy for various family members to share it. It will retail for less than $400, RCA said.

The RCA Voyager III 7″ Android tablet has an Intel Atom processor, 16GB of on-board storage, dual camera and upgraded IPS HD display. It will launch in February and retail for a competitive $49.99. Voyager III will complete directly with a large slew of devices of a similar size made by Verizon, AT&T, Samsung, LG and others.

RCA is also debuting two other devices, a straight tablet and a 2-and-1 PC/tablet:

—a 12.2-inch Windows 10 2-in-1 (retail $449.99) PC with detachable keyboard. This provides the power of a laptop, with the ease and freedom of a tablet including ample storage, Intel Pentium Processor, up to 10 hours battery life, USB ports and dual facing cameras (W1223H).

In terms of smartphones, RCA is introducing a few new ones that range from locked to unlocked and contract to no-contract:

—RCA M1 (retail $69.99): An unlocked smartphone designed for seniors, kids and customers who want phones for travel or temporary use. Available in black or white and featuring 4GB storage, expandable to 32GB via Micro SD card, and 5.0 MP rear-facing camera. Exclusive to Amazon.

RCA’s new range of consumer electronics will be on the show floor and available for demos at booth #11427 in the Central Hall, Tech East, at CES 2017. As well as the Voyager III and 17.3-inch tablet, the full line of smartphones, tablets and TVs will be displayed throughout the show.

Editor’s note: This story was corrected from an earlier edition that erroneously connected the current RCA with the former Radio Corporation of America and its “His Master’s Voice” logo.