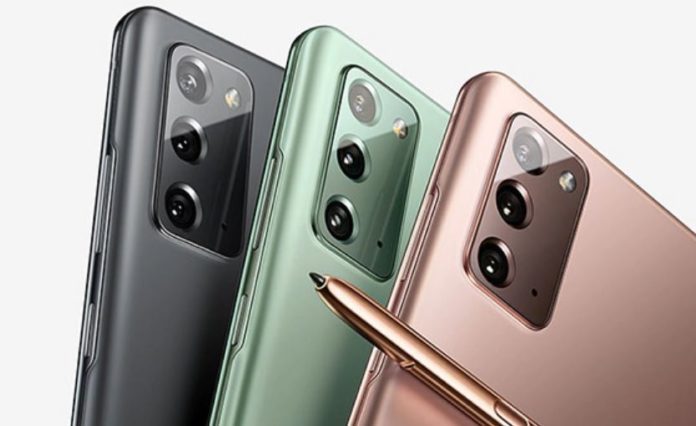 Samsung has already moved on to its first Galaxy Fold smartphone, so I’m wondering: Does this make the wonderful Galaxy Note20 Ultra 5G flagship smartphone, comprised of merely one surface, obsolete already–even though it only came out this summer?

No, of course not; we’re just kidding. But we have to say that Samsung definitely has been the most productive smartphone developer and producer in the world here in this strange year 2020.

Samsung brought out three new Galaxy models earlier this year, with the main difference being size. The Galaxy S20 is the point guard with a 6.3-inch display; the Galaxy S20+ is the power forward at 6.7 inches, and the S20 Ultra is the center at 6.9 inches (um, I’m also a basketball writer in my spare time). Pixel density varies a bit between models, but you almost certainly won’t be able to spot the difference right off the top.

I’ve had one of the Note20 Ultra 5Gs since August and have come to love it, and for a lot of reasons. (So have many other users; last time I looked on Nov. 12, Google listed 5,702 reviews with an average score of 4.4 out of 5 stars). Its touch handles excellently, is thinner than its predecessors, feels substantial but is not heavy, is faster on the draw and has way-improved cameras. It looks impressive lying on a table. Even voices are noticeably easier to understand–for those quaint folks who still use smartphones for actual phone calls.

For me, however, there is one attribute I admire above any other, and it’s due to my practical nature: how long the powerful, 5,000 milliampere-hour (mAh) battery lasts. I didn’t have to charge my phone for two entire days on average–but I also don’t do gaming or movies, either. A lot of good smartphones from several manufacturers boast excellent cameras, great touch performance values, fast computing power, more than enough storage and RAM, cool and useful personal assistants and thin, easy-to-store design, and the Galaxy Note20 Ultra has all these features. But they can’t work without power, and if you’re out and about and away from power, being worried about your phone going dead any minute is no good for anyone. Been there, done that–and on deadline. No, thanks!

Samsung is very aware of device power conservation, and its display affiliate has found a good solution: a low-power OLED adaptive frequency technology, commercialized for the first time in the Note20 Ultra. This new adaptive frequency technology can curtail the operating power of a phone’s display by as much as 22 percent over existing smartphones now in general use. This calibrates refresh rates in line with the requirements of a specific application and therein more precisely allocating available power. This frees up time and energy for other smartphone operations.

The power-saving technology allows the display panel to utilize variable refresh rates that consume the least possible amount of power for each type of application. The adaptive frequency technology supports a 120Hz scan rate for playing mobile games that require speedy frame changes, a 60Hz rate for movie streaming, a 30Hz rate for email correspondence, and a 10Hz rate for viewing still images or browsing social networking services. Existing smartphone panels offer only a fixed refresh rate for whatever app you’re using.

This all adds up over time to add 20 to 22 percent more time on the battery. Adding an extra hour after a half-day of use is a good result. That additional power isn’t to be sneezed at.

Three cameras: One has a wide-angle, deep-zoom capability

The Galaxy S20 Ultra has a 108 MP camera with a 100x Space Zoom. Yes, you can go from 0.5x wide-angle to 100x blow-up, but in the real world use cases, you’re probably not going to be doing that very often–unless you work for the CIA, and even then, they have specialized devices for THAT kind of observation. But it’s a nice feature to have when you need it.

Video quality is among the best of Android smartphones, because as the light levels go down, the softness of the footage begins to increase. Overall it’s a very good video camera, but if you shoot a lot of 4K footage, you should know that there is no stabilization and you will get some bumpy video.

On the front, the S20 Ultra houses a 40 MP selfie camera with an f/2.2 aperture. It produces good-looking selfies outdoors. Even when shooting against light, the camera is able to capture ample details on your face.

Both the front and the back of the S20 Ultra are protected by Corning Gorilla Glass 6, which provides a sturdy package. The 6.9-inch display has only the slightest curve around the edges, similar to the really thin (but also underpowered) Galaxy 6 a while back.

Samsung now offers an in-screen fingerprint sensor, so it doesn’t need a face scanner. There’s only a selfie camera on the front of the otherwise end-to-end display.

While the left-hand edge is clean, the volume rocker and the power/standby button is on the right-hand side. At the base, you have the USB Type C interface in the middle, with a speaker grille on its left. At the top edge, on the left-hand side is the hybrid SIM card slot. There is no 3.5mm audio jack on the phone, but Samsung adds an AKG in-ear headset with USB Type C interface.

The S20 Ultra comes with IP68 dust/water resistance for up to 1.5-meter submersion for 30 minutes under water. While the device is only 8.8 mm thick, thanks to the curved edges on the back, it feels solid. One-handed operation isn’t possible, and it also weighs a hefty 7.34 oz. It’s well-built; I’ll take that tradeoff any day.

Display, overall performance is something to behold

Overall performance is top-notch, although the phone does get a bit warm with extended use at times. The S20 Ultra sports the top-of-the-line Qualcomm Snapdragon 865 central processor paired with a Mali G7 MP11 graphics processor. When compared to the Apple iPhone 11 Pro Max, the Ultra’s Geekbench score is slightly lower. But this means little in real-life usage.

The S20 Ultra, with its powerful infrastructure and optimized OneUI 2 user interface, makes the phone a smooth operator. It can get a little warm with extended use, but it’s nothing to be alarmed about.

While the phone has a 5G radio, it’s not going to be noticeable for at least another year until all the networks are at full power. The audio sound of the UItra is remarkably good. You can easily watch a video or listen to audio without earphones, because the volume can go pretty loud. Samsung has bundled AKG in-ears with a Type C interface, which come with a braided cable and have better-than-average sound quality.

The in-screen fingerprint scanner is still a work in progress. Several times I was told to press harder, or it just wouldn’t unlock the phone despite multiple presses. It definitely needs some optimization, or perhaps Samsung should simply go back to its standalone print scanner, which works just fine on my other phones.

By the way, the Ultra has highly regarded download speed ability. Ookla’s Q3 U.S. Market Analysis report said Samsung’s five flagship phones swept the Ookla Device category with the fastest median download speeds in the U.S. The report can be found in its entirety here.

OneUI 2.0, the Samsung skin on top of Android 10, offers a good user experience (UX). I did appreciate the phone asking me which apps I want on my phone at the first bootup. The walk-through wizard to start it up has been edited somewhat and doesn’t take as long to finish as in previous products.

The Samsung Galaxy S20 Ultra starts at $1,099, which is a little steep compared to the regular S20 series. It’s still less than the Apple iPhone 11 Pro series of smartphones, but I believe all the features this phone offers make the price well worth it.

For more product information from Samsung, go here. The company, naturally, is offering some Black Friday deep discounts on Nov. 27.