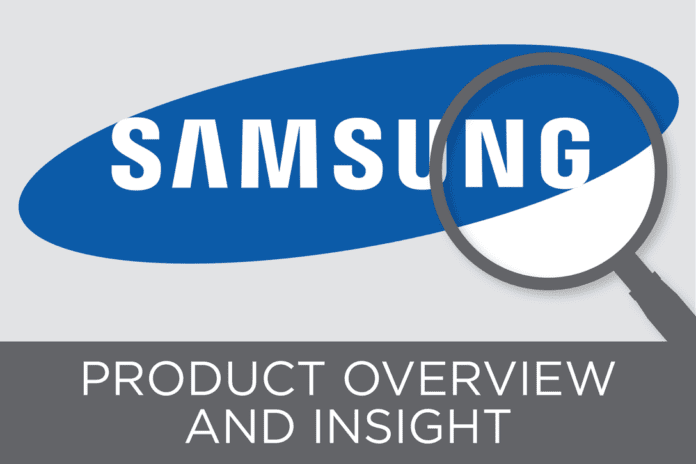 Samsung Electronics was founded in 1969 as a subsidiary of Samsung Group and is headquartered in Suwon, South Korea. It went public in the U.S. markets on June 1, 2003.

Samsung’s affiliate companies produce around one-fifth of South Korea’s total exports. Samsung’s revenue was equal to 17 percent of South Korea’s $1.1 trillion GDP. Globally, Samsung continues to top the smartphone list with 20.9 percent market share, as of August 2018. Despite an year-on-year fall of 10.4 percent in shipments in the first half of 2018, the company still managed to stay on top.

For this page, eWEEK is focusing on the company’s most recent smartphones. The flagship Galaxy S9/S9+, which launched late in the first quarter 2018, witnessed slower-than-normal sales according to Samsung, which claims the slowdown is due to both intensified competition at the high end and an overall sluggish smartphone market. However, the company is hopeful that with the arrival of Galaxy Note 9 in fall 2018 and the new Galaxy 10s, launched in February 2019, sales will rebound.

Here is the rundown on the latest Galaxies:

Samsung Galaxy Fold: The Fold is definitely innovative, with a 4.6-inch HD+ Super AMOLED display (21:9 aspect ratio) on its front and a large interior display that unfolds into a 7.3-inch QXGA+ Dynamic AMOLED screen (4.2:3 aspect ratio). For users, the Fold will likely be all about that big screen. But priced starting at $1,980—or twice the price of a typical flagship handset—the Galaxy Fold will not be a smartphone for everybody.

The Galaxy Fold phone will be available in the United States through AT&T and T-Mobile starting in the second quarter of 2019.

The Galaxy S10 is also available in a version with 8GB of RAM and 512GB of onboard storage.

Samsung Galaxy S10e: The new model in the S10 line, the S10e, is being touted as a lower-priced version with a wider, flat screen for users who want to use their smartphone as an entertainment hub in addition to its standard uses.

The S10e features a 5.8-inch Full HD+ Dynamic AMOLED display and starts with 6GB of RAM and 128GB of onboard storage. It includes the same Qualcomm Snapdragon 850 octa-core processor as its two siblings, as well as a 3,100mAh battery, dual 16MP and 12MP rear main cameras, and a dual-pixel 10MP front camera.

The S10e is also being offered in a version with 8GB of RAM and 512GB of onboard storage. A microSD slot that accepts flash cards up to 512GB is also standard for expanded storage. The S10e includes a capacitive fingerprint scanner and facial recognition for user security. The Galaxy S10e features protective Corning Gorilla Glass 5 on its front and back.

Samsung Galaxy S10 5G: The coming Galaxy S10 5G will include a 6.7-inch Infinity-O display, a 4,500mAh battery, a 3D depth camera and enhanced artificial intelligence capabilities when it is released later this year. The Galaxy S10 5G will be available through Verizon Wireless exclusively for a limited time in the first half of 2019, and then will be launched by AT&T, Spectrum Mobile, Sprint, T-Mobile and Xfinity Mobile during the summer.

Dan Olds, principal analyst at Gabriel Consulting Group, told eWEEK that the jump from the previous Galaxy S9 to the new Galaxy S10 is a more significant step up for users than the move from the earlier Galaxy S8 to the Galaxy S9.

“The S10 has a new screen design with less bezel, and we all know that less bezel is better,” said Olds. “The new chip fueling this phone plus the 4GB extra RAM should provide significantly higher performance than the S9. We won’t know exactly how much more until the phone is released and we see some real-world benchmarks, but I’m estimating the new S10 will perform 25-30 percent better than the S9 it replaces.”

“I believe Samsung did more than enough to incentivize Galaxy S8 owners to upgrade, and even for some Galaxy S9 owners who just want to have the best,” said Moorhead.

“I was pleasantly surprised at the under-display ultrasonic fingerprint reader,” he added. “I believe users will love this feature and, by using the ultrasonic technology, should be more secure. Fingerprint readers on the back of a device don’t work well, and many users get many rejections with their existing 3D face log-ins.”

Moorhead said it makes sense that Samsung brought out the cheaper, entertainment-focused S10e model for some users for the first time. “As markets mature, companies need to segment more and be more precise with offerings with a certain set of features at a certain price,” he said. “This is the way the auto industry operates and why it is still profitable. So, yes, I expected the S10e as consumers in many regions are looking for an entry-level premium model smartphone without some of the bells and whistles.”

Another analyst, Rob Enderle of Enderle Group, said he wasn’t surprised by the emergence of the S10e because phone prices continue to soar.

“Smartphones have gotten too expensive, and there is a lot of pressure at the low end from new companies that are clearly taking share from the larger firms,” said Enderle. “The market is price-sensitive. Still, value phones tied to a premium brand tend to devalue the premium brand, which could hurt Samsung long term.”

Delivery:  Many retail locations, and on websites such as Samsung.com, BestBuy.com, NewEgg.com and others.