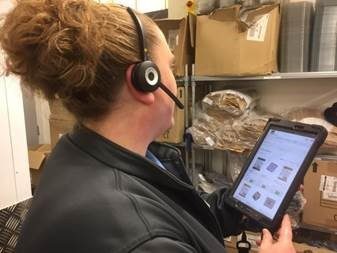 Tablets have been a major hit with both consumers and enterprises since the first Apple iPad hit the market in 2010.  In only eight years, sales of Apple, Samsung, Acer, Zebra and other tablets have multiplied to more than 1.2 billion units globally (including about 500 million iPads through 2018), according to Statista.

Zebra Technologies, which makes rugged industrial mobile devices, on Dec. 11 revealed to eWEEK the results of its 11th annual Global Shopper Study, which analyzes the attitudes, opinions and expectations of shoppers, retail associates and retail decision-makers. The results show that two-thirds (66 percent) of surveyed associates believe that if they are equipped with tablets, they could provide better customer service and improve the shopping experience.

There are some collateral facts and figures that came alongside this research—and it’s all valuable info for enterprise managers to know:

The study also identified diverging expectations on the impact of automation between retailers and store associates. Nearly 80 percent of retail decision-makers—compared to 49 percent of store associates—agree that staff checkout areas are becoming less necessary due to new technologies that can automate checkout.

Read eWEEK’s article about the Amazon Go store in Seattle here; it has no point-of-sale (POS) checkouts.

Also, more than one-half of retail decision-makers (52 percent) are converting POS space to self-checkout, and 62 percent are transforming it for online order pickup.

More than one-half of shoppers (51 percent) believe they are better connected with their smartphones than store associates. Retailers are investing in edge technologies to combat this gap. Nearly 60 percent of retailers plan to increase their spend on handheld mobile computers by more than 6 percent, and more than one-in-five retailers (21 percent) plan to spend greater than 10 percent on rugged tablets over the next three years.

Other key regional findings from the research:

Europe and the Middle East

How the Research Was Conducted

Zebra’s 11th annual Global Shopper Study included some 4,725 shoppers, 1,225 retail associates and 430 decision-makers from North America, Latin America, Asia-Pacific, Europe and the Middle East who were interviewed in October and November 2018 by Qualtrics.