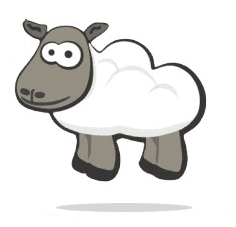 I’m taking a look at a cloud-based enhancement to the Time Machine backup feature in Mac OS X. It’s called Dolly Drive, a nod to the sheep that made headlines fifteen years ago by being the first mammal cloned somatic cell nuclear transfer.

Dolly Drive, from Cirrus Thinking, offers backup plans that provide up to 2TB of online storage; it’s not terribly complicated, and based on a cursory kick of the tires, looks secure enough for everyday use. The software also allows users to make a local clone of their hard drive as a sort of belt-and-suspenders backup scheme.

Dolly Drive plans start at $5 per month for 50GB of space, and with every month on continuous subscription, 5GB are added to one’s storage allotment without a raise in the subscription charge; the 2TB plan, at $55 per month, may be worthwhile for someone who sloshes a lot of media around.

The company’s also considered the problem of how to get past the hurdle of the initial backup, and has introduced a “Seeding” program. Users who wish to take advantage of this program are sent an external drive to which a complete system backup is then performed; the drive is then returned to a Cirrus Thinking data center, where the data is transferred to the Dolly Drive service.

I thought about testing the seeded backup method, but decided that, with a long weekend ahead, there should be enough time to back up the roughly 200GB of data that I have sitting on a MacBook Pro in the lab. I’m going to fire it up on Friday afternoon before I leave, and see how it’s doing when I come in on Tuesday.