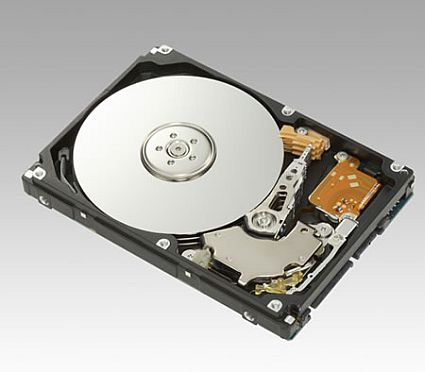 It’s time to rethink drive interfaces again, if we’re going to wring the most out of solid-state drives. As Chris Mellor pointed out today on The Register, PCI Express is currently unavailable as a means to directly connect SSDs to a system; currently, the best choice for most of us is a relatively poky SATA connection.

Personally, I don’t care which camp wins the next battle of the drive interfaces. Both SCSI Express and Non-Volatile Memory Express (NVMe) have their supporters as well as their own merits and drawbacks. HP is pushing SCSI Express while the rest of the world seems to have lined up behind NVMe, and Mellor correctly points out that while convergence between the two is certainly possible, it’s not a given.When I think about the way disk drive interfaces have evolved, I see the kind of accelerating adoption of increasingly capable interfaces that happened with wired Ethernet. The first hard drive interface most of us olds would have worked with was the ST-506, which had as its sole virtue the fact that it worked even in the relatively primitive PCs of the 1980s, followed by the classic ATA/IDE/PATA interface, which ruled the landscape from the late 1980s to the mid-Naughties; SATA has ruled the roost since then, but it’s clearly capable of handling the throughput of which SSDs are capable.

I used to get worked up over what made for the “best” hardware, but in recent years, I’ve realized that the time we spent arguing RISC vs. CISC, IDE vs. SCSI, and Token-Ring vs. Ethernet was pretty much wasted breath. At this point in the evolution of computing technology, the only thing left that really matters to me is which technology will be useful for the greater length of time. A strictly engineering-oriented focus may come up with what’s technically the “best” solution, but the best technical solution doesn’t mean squat if the ecosystem rejects it.