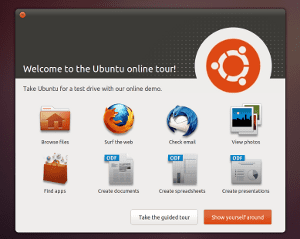 Last week, the latest version of Ubuntu, the popular Linux-based operating system from Canonical, hit FTP mirrors everywhere. The new release, called version 11.10 (or, for the more dreamily-minded, Oneiric Ocelot), ships with the typical slate of updated open source packages, which is par for the course for any Linux distribution upgrade. In terms of new features, however, the desktop, which usually gets most of the attention among Ubuntu watchers, was less exciting this time around than the project’s server variant, which I recently reviewed.

For 11.10, Ubuntu’s desktop team seemed to focus most directly on tightening up Unity, the desktop interface that Canonical first developed for netbooks before making it the default Ubuntu desktop starting with last April’s Natty Narwhal release.

As a netbook interface, I found Unity promising, if a bit pokey. In particular, I liked the way its new taskbar sat at the left side of the screen, conserving vertical real estate on typically short-and-wide netbook displays. When Unity became the default desktop environment for Ubuntu, I was less convinced. On a netbook, I tend not to run many applications at once, but on my regular desktop, that left-side taskbar made it more difficult for me to see and shift between the applications I was running.

In Oneiric Ocelot, my taskbar quibbles remain mostly unaddressed–instead of looking down at the taskbar to see what’s running, and clicking on the button for the window I wish to call up, Ubuntu wants me either to call up a OS X-style expose view to see my running applications, or to alt-tab through my options.

Since this is Linux, plenty of other options remain, but Ubuntu isn’t alone in its new design direction — GNOME 3.0, which remains the default environment for Red Hat’s Fedora, and one of the primary environments for OpenSUSE, shares many of Unity’s characteristics. I know that the bulk of updates and bug fixes and new innovation will be focused on these new environments, and while some of the concepts behind Unity and GNOME 3 don’t yet suit me well, I do have confidence that further refinements are ahead. In six months, it’ll be time for the next Long Term Support version of Ubuntu–here’s hoping enough of those refinements arrive in time for that release.

UPDATE: My chief peeve with these environments, the missing bottom panel with window list, is addressed by a GNOME Shell extension I found today…