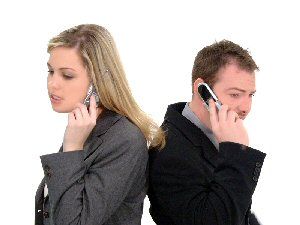 Today, I saw this headline at CNN: “Cell phone use can increase possible cancer risk” and once again, I’m struck by how quickly people can make something out of what might as well be nothing. After all, you can replace the first three words with just about any other three words and it will still sound scary; you might even be able to make it scarier with the right combination of words. Go ahead and try it for yourself.

I don’t want to belittle the possibility that there may be some connection between cell phone use and cancer rates, but we’ve had cordless phones for something like 30 years, and mobile phones of one variety or another for almost as much time. One would think that if there were some causal relationship between holding a device that emits non-ionizing radiation next to the skull, we would have seen the results long before this.

On the other hand, if cell phones prove to be as great a public health risk as smoking is perceived to be, maybe I can become as self-righteous about telling someone to hang up the phone as anti-smoking campaigners have been in their cause.