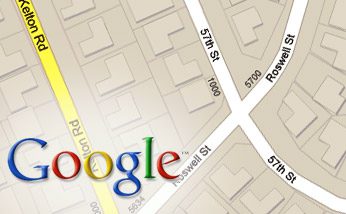 Here are some of the most fascinating map apps sites, which are being created by developers around the world using Google Maps APIs, that we’ve uncovered recently here at eWEEK:

You know how when you use Google Maps to find a Google Street View image how you have to pinpoint the place on the map and narrow down your search before your end result pops up on the screen? It’s a bit laborious. Well, you don’t have to do that anymore, thanks to Instant Google Street View, according to a Nov. 29 post by Mano Marks of the Google Maps developer relations team, on the Google Geo Developers Blog.

With Instant Google Street View, you simply type the address you are searching for into a simple search box on the screen and as you type, you are taken directly to an image of that place, without any manual finagling of Street View. Users can even share the images they find on social media sites.

“[At] Google, we find this approach very appealing,” wrote Marks. “As you type, it rapidly updates the page with images from Google Street View until you get where you want to see.” That’s what makes it so incredibly useful and appealing.

The map app is built on the Google Places Library Autocomplete Service, which makes it work, and then it uses the Street View Service to display the Street View panoramas, according to Marks. “Most of all, we love that it’s fast. So get out there and share some great images from Instant Street View.”

The Google Maps platform is also being used creatively by spirits maker Stella Artois, which came up with a clever, sexy and enjoyable way to allow customers to send personalized video holiday messages to their friends around the world.

The Stella Artois Christmas Carole app, which is available on Facebook, lets users enter a recipient’s name and address so they can receive a personalized message from a Marilyn Monroe-like singer and a band playing a holiday tune. What makes it really cool, according to the independent Google Maps Mania blog, is that “the Street View of the address is used as a backdrop to the video so that it appears that the band is actually playing in your street.”

Check it out and send some fun holiday messages to your friends today. You might also appreciate the falling snow in the background and the homey, holiday feel to the jazzy production.

The very creative TwitterMap app lets users see a bird’s-eye view of any area to learn what’s recently been tweeted on Twitter by people in the neighborhood, according to Google Maps Mania. Using the app, you start with a map of Tokyo, but you can zoom out with the controls and quickly make your way anywhere in the world to see what’s being tweeted. The tweets picked up by the app zip by in rapid-fire fashion like an animated news ticker feed.

“The map is an interesting way to view in real-time what people are saying around a particular location,” according to Google Maps Mania.

It’s companion site, FlickrMap, displays thumbnail images of Flickr photos on top of Google Maps so you can view photos people are posting in a community all at once, creating a mosaic of images in fascinating and random patterns.

A collection of renowned auto-racing road courses are already portrayed online in Google Maps Street View images, but not all of us have the means to attend races on the continent. There is an answer, though, according to Google Maps Mania, with the new images now provided of an indoor go-kart track in Ayslebury, U.K. Sure, it’s silly fun, but the holidays are approaching, and you’ll be able to at least be able to brag about your virtual kart racing visit with all of your friends.

Looking for fabulous roads to go bicycling anywhere around the world in any season? Then, explore the Cyclist’s Road Map, which helps cyclists get real-world information on roads everywhere. The Website’s information is crowd-sourced, according to Google Maps Mania, and provides its insights through the direct input of riders around the world.

“Cyclists can submit reviews of roads based on the quality of the road surface, scenery and the amount of traffic on a road,” according to Google Maps Mania. “Roads that have already been rated are color-coded on the map; green indicates roads that have been recommended by other cyclists and red indicates that the road has been deemed to be a bad road for cycling. If a user selects an individual road on the map, they can view the road’s overall rating and also view the road’s individual ratings for the road surface, scenery and traffic levels.”

Have You Heard of Donna, the Deer-Crossing Lady?

In October, a woman called in to a local Y94 Playhouse radio show in North Dakota to vent one of her frustrations: She wanted to know why in the world local road officials would set up deer-crossing signs on Interstates and other major roadways. Instead, she argued, deer crossings should be set up in less-traveled areas where vehicles wouldn’t be in danger of striking deer, causing injuries and property damage.

The radio exchange of that conversation went viral online and led to much humor about her naivete. She did a follow-up interview after that first call and admitted she might have missed the original point of the signs. Of course, she now knows, the deer-crossing signs are set up where the deer are naturally crossing in order to warn motorists. The signs aren’t there to tell the deer where to cross, because we all know they can’t read.

It made us think about a clever app in Washington state that is building a crowd-sourced I-90 Wildlife Watch monitoring database on Interstate 90 through the Snoqualmie Pass region of Washington, according to Google Map Mania. Using the site, residents can enter data on wildlife they observe in the corridor, including the species, the number of such animals that were seen, the milepost on the highway where they were spotted, and the date and time of the sightings.

“The aim of the project is to gather information about wildlife on the I-90 to help inform highway planning,” according to Google Map Mania. “The Snoqualmie Pass region is a critical link in the north-south movement of wildlife. With the help of these crowd-sourced reports, the project hopes that measures can be introduced to reduce wildlife-vehicle collisions and enhance the safe passage of wildlife in the future.”

Maybe Donna can help with the effort to make I-90 safer for animals and people in the region.