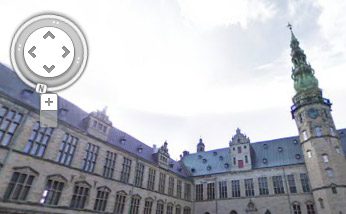 Google Images search in the past meant perusing through page after page of online images as users sought just the right photo or illustration for a project.

However, that process could be getting easier and faster now that Google has redesigned the images to appear on a multi-image panel that can be reviewed more quickly, like viewing a film strip frame by frame, using keystrokes, rather than a mouse.

“People looking for images on Google often want to browse through many images, looking both at the images and their metadata (detailed information about the images),” Hongyi Li, an associate product manager, wrote in a Jan. 23 post on the Google Webmaster Central Blog. “Based on feedback from both users and webmasters, we redesigned Google Images to provide a better search experience. In the next few days, you’ll see image results displayed in an inline panel so it’s faster, more beautiful and more reliable. You will be able to quickly flip through a set of images by using the keyboard. If you want to go back to browsing other search results, just scroll down and pick up right where you left off.”

The changes will also allow users to now see detailed metadata right underneath the image in the search results, instead of redirecting users to a separate landing page, according to the post. Other information about the images, including the title of the page hosting it and its size, will also be displayed more prominently.

Users posted mixed reactions to the news in the comments section of the blog post.

“I was actually just thinking today how the image search would be better if I could keyboard through each pic,” wrote Justin Beaudry. “How intuitive!”

Another user, Emmanuel Obarhua, also liked the changes, saying that they increase a Website’s page views and give users a better experience. “Can’t wait until it comes live,” he wrote.

Other users weren’t so impressed.

“Are you kidding me?” wrote a user who identifies himself as Kovah. “I’m blocking the Bing crawler already because Microsoft implemented a similar concept a while ago and now you are doing the same? I’m really disappointed and I don’t think anybody will click on any links as you described!”

Another user, Remi van Beekum, agreed. “So you saw that Bing has a far better image search, waited more than a year, copied the idea, tweaked it a little and now tell the world Google is so innovative? Google is getting way too arrogant. This might bite you guys in the tail someday.”

Google’s image search has been gaining other features in recent months.

In October 2012, it made its Street View images library viewable using mobile browsers, adding a big improvement for mobile users who rely on online maps, whether they use Apple’s iOS 6 or Google’s Android.

The new Street View images capabilities in the updated Google Maps mobile app added a wide range of features for users, including the ability to “check out a new shop across town or get a feel for the ambiance at a restaurant before you arrive.”

To use Street View on a mobile browser, users can type in the URL maps.google.com and search for a location. There they can click the “pegman” icon at the bottom right of their screen to access Street View. Transit, driving, biking and walking directions are all available on the mobile browser to help guide users to their destinations.

Also in October, Google expanded its Street View image collection of the world in a massive update which doubled the size of its Street View collection. The update included beautiful and detailed new photographic images of faraway and exotic locales, including Singapore, Taiwan and Macau, as well as updates of images along more than 250,000 miles of roads around the world.