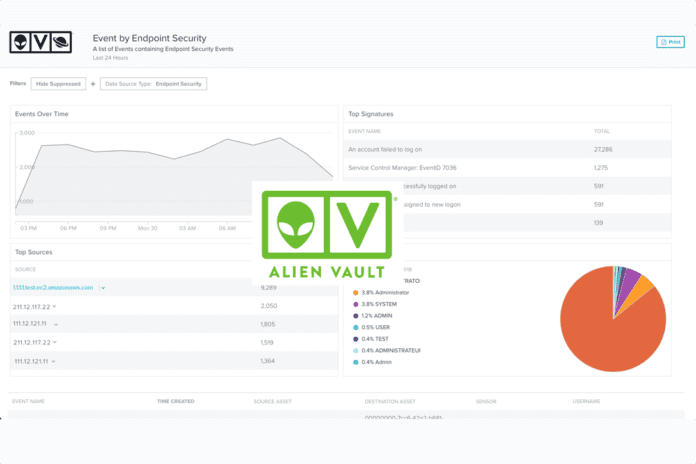 AlienVault is expanding its USM Anywhere platform with new capabilities to get visibility into endpoints.

“USM Anywhere has all sorts of technologies built into it, but probably its most valuable function is that they’re tightly integrated into a unified platform,” AlienVault CTO Roger Thornton told eWEEK. “One of the things that we always wished we had was better visibility into the endpoints and the very machines that we’re protecting.”

Earlier versions of USM Anywhere integrated with various endpoint products to help collect log information, but those products had to be deployed by an organization, Thornton said. He added that AlienVault’s goal is to make it easy for organizations to understand and deploy security, and integrating native endpoint capabilities with the USM Anywhere platform helps organizations do so.

The open-source Osquery engine is the foundation for AlienVault’s endpoint data collection capabilities. Osquery, an effort started by Facebook in 2014, now benefits from a multi-stakeholder community of contributors.

Thornton said AlienVault now integrates Osquery, which is used to collect endpoint data and then combine the data with security-specific capabilities in USM Anywhere. With Osquery, data is collected and can be queried using SQL (Structured Query Language) statements to get information on operating system, application packages and endpoint status.

“If you know what questions to ask, Osquery is a very powerful tool to get answers,” Thornton said.

What AlienVault has done with its Osquery integration is take away the complexity of crafting SQL statements to get information. Instead, the USM Anywhere platform provides an interface where an administrator can rapidly get information on endpoint status as well as get notified of changes. The collected endpoint data is also correlated with other sources of information that USM Anywhere integrates from network assets to provide visibility into threats and the overall status of an IT environment.

One area where the integrated endpoint capabilities will help AlienVault is in meeting compliance requirements. There are multiple compliance regimes that mandate the use of file integrity monitoring, which isn’t something that AlienVault could natively do on its own prior to the new update. Thornton said in the past, organizations had to also install a third-party product to enable the file integrity monitoring alongside USM Anywhere.

“Integrating the endpoint components allows us to out of the box cover more of the regulatory requirements,” he said. “My customers typically don’t have enough budget to buy one of everything, so they’ve got to be real clever about how to implement security and get the most they can with limited dollars.”

The USM Anywhere update is the first since AT&T announced on July 10 that it is acquiring AlienVault, in a deal that is expected to close before the end of 2018.

Thornton said AlienVault will continue operating its business as usual until the deal closes and isn’t planning on implementing any major changes. He emphasized that all of AlienVault’s management team is excited about the deal and have committed to stay on post-acquisition.

Beyond the pending acquisition, Thornton said AlienVault continues to work on expanding the functionality of USM Anywhere. He noted that in future updates, AlienVault plans on bringing in User and Entity Behavior (UEBA) capabilities to add identity context to the information the system already collects.