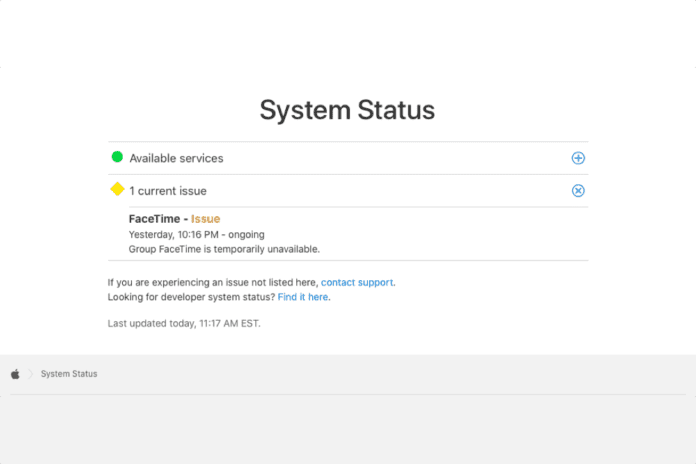 Since the invention of the telephone by Alexander Graham Bell in 1876, the basic protocol for any type of voice communication has been that the receiver needs to pick up the phone in order to start the call.

That basic premise has carried forward to the digital age, but it’s one that has now been challenged by a severe flaw in Apple’s FaceTime application. A vulnerability that first became public knowledge on Jan. 28 could enable a caller to hear audio from the receiver’s end before the call is accepted. FaceTime is an integrated application that is included in Apple’s iOS mobile operating system as well as its macOS desktop operating system.

Apple has stated that it is aware of the issue and is planning on releasing an update. Apple has also temporarily shut down its Group FaceTime service feature at the back-end server, to help further mitigate the risk. Additionally, until a formal patch is available, Apple users are advised to disable FaceTime on their devices.

While some application vulnerabilities are difficult to enable, the FaceTime flaw is relatively trivial to execute.

To trigger the flaw, an individual need only call another person with FaceTime and before the other person picks up, the caller can swipe up and add their own number to the call as a Group FaceTime call, and an active call will begin. As an active call, FaceTime begins sending audio from the receiver’s device, even though they have not yet accepted the call. Adding further insult to injury, the receiver has no indication that a call has begun or that FaceTime is transmitting any audio or video.

The newly disclosed flaw is the latest in a string of Facebook issues that Apple has had to deal with in recent months. Just last week, on Jan. 22, the iOS 12.1.3 update patched the CVE-2019-6224 flaw in FaceTime that could have enabled a remote attacker to start a FaceTime call without authorization.

In December 2018, Apple patched another high-impact flaw in FaceTime with the iOS 12.1.1 update. That flaw involved a passcode bypass identified as CVE-2018-4430 that could have enabled an attacker to bypass the iOS passcode.

George Gerchow, CSO of SumoLogic, commented that even though Apple has taken great strides to protect its users’ information, this latest bug is yet another reinforcement that privacy continues to remain a major concern regardless of a company’s size or security and privacy investments.

“It’s also another reminder that nobody’s data is 100 percent safe and that it’s all of our responsibility to be more diligent in protecting the privacy of our customers’ sensitive information against future vulnerabilities,” Gerchow said.

“Phones, tablets, laptops, smart TVs, smart speakers, etc., contain microphones that can be listening to you at any point,” Sethi stated. “If the software on the devices is not malicious and doesn’t contain bugs like this, the microphones should only be on at times you expect.”

Sethi added that the problem is that users don’t know when devices are listening as most modern devices don’t have an indicator like an LED that turns on whenever the camera and/or microphone is on.

“If you need to be 100 percent certain that you aren’t being recorded, don’t have any internet-connected devices with microphones or cameras around,” Sethi said.