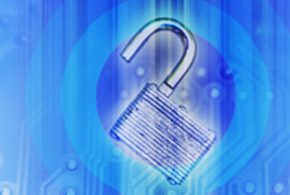 Most antivirus security technologies at one level or another require some manner of system hook to work on a Microsoft Windows operating system. According to research set to be presented on Aug. 3 at the Black Hat USA conference in Las Vegas, some of those hooking mechanisms were flawed in a way that could have enabled an attacker to bypass any AV technology in use.

In an interview with eWEEK in advance of his talk, Udi Yavo, co-founder and CTO and enSilo, provided full details on his talk titled, “Captain Hook: Pirating AVs to Bypass Exploit Mitigations.”

“About a year ago, we found a security issue in AVG antivirus that enabled an attacker to bypass exploit mitigation controls,” Yavo told eWEEK. “A short time later, we found the same issue with McAfee’s antivirus, which was the trigger for us to extend the research to find out what was really going on and if other vendors are at risk.”

The root issue is in how security vendors hook into Windows, and enSilo’s researchers were able to find widespread risk. Some vendors make use of third-party hooking engines to get the functionality they need. One such popular hooking engine is Microsoft’s Detours software package.

“All the vendors that use a vulnerable hooking engine are also vulnerable to the bypass risk,” Yavo said.

Trend Micro, Kaspersky Lab, Symantec, Vera and McAfee are among the vendors that are impacted by the Captain Hook hooking flaw. Yavo said that most of the antivirus vendors were responsive to his vulnerability disclosure, though some took longer than others to execute fixes, with at least one vendor taking up to seven months to fully patch the hooking issues.

While the hooking flaw was widespread, there is no evidence that the vulnerability was ever exploited by attackers in the wild. Yavo emphasized that no evidence will likely ever be found either, as a key attribute of the hooking bypass is that once an exploit is executed, there are no traces and no way to prove if the bypass was used or not.

Going a step further, hypervisor-based security technology might not be enough to limit the risk of the Windows hook bypass either. Some security technologies and some technical users will make use of a virtualization hypervisor in a bid to isolate running processes from the underlying operating system.

“A hypervisor doesn’t prevent the bypass attack, but it does make it harder for the attacker,” Yavo said.

Some hypervisor security technologies do not protect all system processes, due to performance issues, he explained. In addition, Windows EMET (Enhanced Mitigation Exploitation Toolkit), which is often recommended by security professionals as a way to mitigate risk, isn’t enough to block the Windows hooking bypass flaw, Yavo added.

All told, most of the issues with the Captain Hook vulnerability are now fixed, reducing the risk for end users.

“I hope we’ve covered everything in our analysis into hooking vulnerabilities, and hopefully vendors have responded appropriately,” Yavo said. “There are still many other injection methods and things that can be abused, but I hope we’ve covered all the common issues with hooking.”