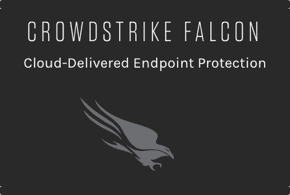 Security vendor CrowdStrike announced a $100 million Series D round of funding on May 17, bringing total funding to date for the company to $256 million. The new funding round follows high-profile security incidents including the hack on the Demoncratic National Committee (DNC) in which CrowdStrike was called in to help remediate.

The Series D funding was led by Accel and included the participation of CapitalG (formerly Google Capital), Warburg Pincus, March Capital Partners and Telstra. The new funding follows CrowdStrike’s Series C funding round that was announced in July 2015 and also was a $100 million round.

“People are looking for a solution and the WannaCry ransomware attack is an example of an attack that could be addressed by technology like ours,” George Kurtz, CEO and co-founder of CrowdStrike, told eWEEK.

Kurtz said that CrowdStrike customers were protected against the WannaCry ransomware worm that first began attack organizations around the world on May 12. Kurtz added that it’s just coincidental timing that his company’s new founding round is following the WannaCry attack.

CrowdStrike was also prominently in the news in 2016 thanks to its support of the Democratic National Committee (DNC) after it was breached. The DNC called in CrowdStrike to help remediate and protect its network, in an attack that has been publicly attributed to nation-state threat actors backed by Russia. Kurtz said that CrowdStrike already had market momentum prior to the DNC hack, but the overall incident did help to highlight CrowdStrike’s profile, in a crowded market of security vendors.

The core technology platform that CrowdStrike sells is called Falcon and it was revamped in a major refresh in February 2017. Using a single end-point agent sensor, Falcon has multiple cloud-based modules that can perform different functions including anti-virus, Endpoint Detection and Response (EDR), malware analysis, threat hunting and application usage inventory capabilities.

Kurtz said that the revised Falcon platform has been well received as the modular nature works for companies of different sizes. The Falcon Discover module which provides the application usage inventory capability was cited by Kurtz as being a key differentiator in the security space, going beyond just threat detection to providing IT hygiene functionality. Looking forward, Kurtz said that the plan is to add more modules to the platform.

Kurtz said that there hasn’t been a directional shift since the company was started in 2011 and each piece that CrowdStrike is adding is built on the same core foundation.

“When we originally started the company the pitch was to be able to replace vendors like McAfee, Symantec or Trend Micro,” Kurtz said. “Architecturally we started by building the foundational pieces in the cloud, then we added detection and prevention with EDR.”

Looking forward, with $256 million in total funding and a market valuation of over $1 billion, Kurtz said the next steps for the company are all about continued growth.

“When we started the company, the goal was to have happy smiling customers that were reference-able,” Kurtz said. “We didn’t build the company for an acquisition or for an IPO, we started it to make our customers successful.”