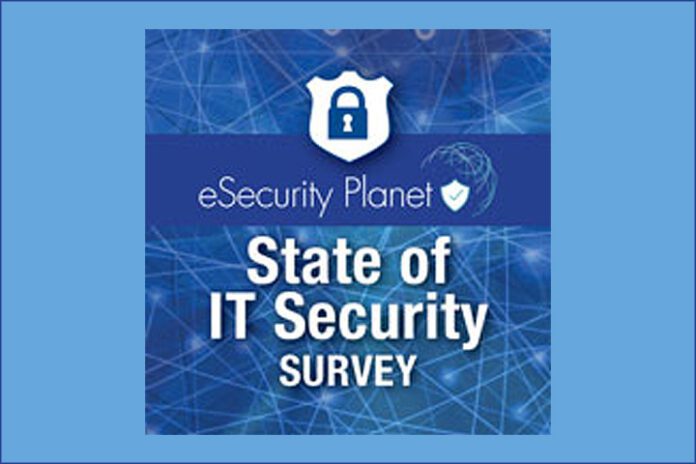 As the U.S. economy continues to grow following the fiscal downturn of a decade ago—and, in parallel, as news of major security breaches continue to populate our news channels—we’re seeing steadily increasing investment from enterprises dead set on better protecting their intellectual property, which is also growing out of control.

In aggregate, this is good news for the data storage, IT software and hardware security industries, which have never had a harder time finding qualified technical professionals to fill myriad job openings numbering in seven figures.

All this growth is hardly a surprise. We’ve had previous such indications from respected analysts such as IDC, which in 2016 forecast that global cyber-security spending will reach a lofty $102 billion by 2020, and MarketsandMarkets, which last year predicted a worldwide market worth a whopping $248 billion by 2023.

Another blue-ribbon examiner of this super-important market, eSecurityPlanet.com, a top online resource for IT security professionals and vendors, released its 2019 State of IT Security survey on Feb. 6. Yes, eSP also reports the security market growing precipitously, but it’s also seeing something else: an emerging gulf between companies ready to meet the growing perimeter and insider threats to their security and those that aren’t. Nearly one-third of companies are still inadequately prepared.

Driven by fear of data breaches and new privacy regulations, such as Europe’s General Data Protection Regulation (GDPR) and the California Consumer Privacy Act of 2018, this year’s survey finds that large enterprises with plenty of capital are spending aggressively on IT security measures. The majority of surveyed spenders (69 percent) were identified as mid-sized to very large organizations.

Despite all this increased spending and attention being focused on enhancing IT and data storage security, the survey also shows that many companies still find themselves at high risk, with about 30 percent of companies identified as being largely unprepared for cybersecurity attacks.

“Because data breaches occur on such a frequent basis, on the surface there seems to be a general disillusionment about the state of cybersecurity,” Sean Michael Kerner, Senior Security Editor for Foster City, Calif.-based eSecurityPlanet and eWEEK, said. “Yes, there are companies out there that are not where they need to be in terms of being secure. However, the 2019 State of IT Security survey paints an optimistic picture. Many of the findings point to the fact that more and more organizations are proactive about their cybersecurity challenges, instead of waiting for the next breach to occur.”

The survey report also provides other key insights, including:

The survey also had much to say about IT security spending priorities.

While NAC and web gateways can help keep out the bad guys, data loss prevention can prevent unauthorized parties from making off with sensitive data, both employees and hackers who have successfully penetrated network defenses. It’s a particularly key technology for data privacy regulations like GDPR.

Data loss prevention is also on track for significant growth. About 35 percent of those surveyed have already adopted DLP tools, and 21 percent plan to acquire them within the next year.

Network access control also topped the list of security technologies that users have the most confidence in, with 25.8 percent of respondents saying they trust NAC most of all. DNS filtering came in second at 24.2 percent, anti-virus technology at 20.8 percent, and web gateways at 20 percent.

Which technologies do IT security pros have the least amount of confidence in? Phishing simulation products topped that list, with 24.2 percent of respondents expressing dissatisfaction, followed by breach and attack simulation (BAS) technology at 20 percent, perhaps because of some overlap between the two. The success of phishing simulation training depends entirely on end user compliance, making it one of the biggest security nightmares for organizations, and also one of the hardest to fix.

Not surprisingly, phishing topped the list of areas where employees need training, at 31.7 percent, followed by data loss prevention at 27.5 percent – two areas characterized by employee error or malicious intent.

The survey looked at demand for newer security technologies and found mixed results.

Drawing broad conclusions from the survey, roughly two-thirds of organizations appear well prepared to meet security threats, while a third should reassess their controls.

About 64 percent of respondents said they conduct penetration testing at least annually, and 60 percent conduct threat hunting exercises at the same rate.

Respondents said they have the most the confidence in their regulatory compliance preparedness, with 75 percent expressing some level of comfort with their compliance controls.

Database security, advanced persistent threats (APTs), DDoS attacks, insider threats and ransomware are the biggest areas of concern, with a range of 27 to 38 percent of respondents expressing doubts about their preparedness for those threats.

One interesting note about enterprise security buying habits: A third of survey respondents said they conduct competitive “bakeoffs” between security products at least annually, but just under 7 percent have switched products as a result of those comparative evaluations.

To view the report and methodology used in eSecurityPlanet.com’s 2019 State of IT Security Survey, go here.

eSecurityPlanet.com is owned and operated by QuinStreet, Inc. (Nasdaq: QNST), a pioneer in delivering online marketplace solutions to match searchers with brands in digital media. QuinStreet also is the publisher of eWEEK.com.

Paul Shread, Editor of eSecurityPlanet.com, contributed to this report.