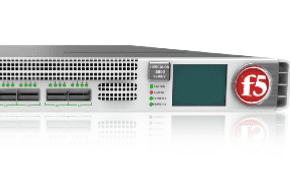 The new Herculon products were announced on Jan. 25, the same day F5 announced its first quarter fiscal 2017 earnings. For the quarter, the company reported revenue of $516.0 million up 5.4 percent year-over-year. F5’s core business has long been in the Application Delivery Controller (ADC) market, which has increasingly involved security features in recent years. Since 2012, the F5 BIG-IP ADC has been officially certified as a network firewall.

Among the first Herculon products is the SSL Orchestrator which aims to help organizations gain visibility into encrypted application traffic data. There is an increasing use of SSL/TLS (Secure Socket Layer/Transport Layer Security) encrypted internet traffic as organizations and applications attempt to move to the cloud in a secure manner. While SSL/TLS protects application data from being intercepted in transit, it also represents a challenge to enterprises both in terms of visibility as well as network performance.

The other new Herculon product is called the DDoS Hybrid Defender and is designed to help organizations to better protect themselves against the growing threat of large-scale Distributed Denial of Service (DDoS) attacks. The Herculon DDoS Hybrid Defender makes use of an on-premises appliance as well as cloud services from F5’s Silverline cloud-based application services platform.

In addition to the new Herculon products, F5 is also expanding its cloud security with a new Silverline WAF Express Service. A Web Application Firewall (WAF) is a security technology designed specifically to help defend against application layer attacks. F5’s 2017 State of Application Delivery report that was released on Jan. 10, found that 20 percent of organizations have plans to deploy WAF services.

“By their very nature WAF deployments can be complicated,” McAdam said. “With WAF Express, customers can protect applications with a point-and-click simplicity, while our security operation center experts monitor, analyze and mitigate attacks as they occur.”