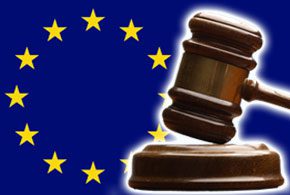 Google has formally appealed an order from French data protection authority CNIL that calls for the company to apply the requirements of the European Union’s Right to Be Forgotten mandate on a global basis.

The appeal urged France’s Supreme Administrative Court to review the case and dismiss the CNIL order against the company.

In a blog post, Google’s global general counsel Kent Walker rejected the CNIL’s order “as a matter of both law and principal.”

“We comply with the laws of the countries in which we operate,” Walker noted. But if Google were to apply the French requirement globally, it would not be long before other, less democratic countries started expecting the same. “This order could lead to a global race to the bottom” and harm data access rights around the world, Walker said.

The RTBF statute gives EU residents the authority to ask Google and other search engine companies to scrub search engine results pointing to inaccurate, incomplete and defamatory data about them. Since the statute went into effect in 2014, Google has maintained that the delisting requirement only pertains to search results that show up in Google’s search domains in the EU and not elsewhere.

In complying with tens of thousands of RTBF requests over the past two years, Google has made sure only to remove links to disputed search results that would be visible to users in the EU conducting searches via one of the company’s country domains in Europe.

In March, the company announced it would apply RTBF more broadly by ensuring that a delisted URL would not be accessible via any Google search domain, including Google.com, for searches made within the country where the RTBF request originated.

The CNIL has insisted that Google’s actions fall short of the intent of the law. Its main argument is that delisted results are still available to Internet users outside the EU. The French data protection authority has demanded that Google make delisted links inaccessible regardless of where a user might be conducting a search or face steep fines.

In his blog post May 19, Walker characterized the CNIL’s stance as dangerous and impractical for a company like Google with a global footprint.

Applying the CNIL’s interpretation of the mandate would mean requiring Google to remove links to content that may be under dispute in France and the EU but perfectly legal elsewhere, he said.

Complying with such an interpretation is problematic and would go against Google’s position on the topic, Walker said. “We have received demands from governments to remove content globally on various grounds—and we have resisted, even if that has sometimes led to the blocking of our services,” he said.