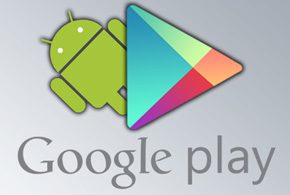 Google has removed 145 Android applications from its Play mobile app store after a security vendor discovered them to be infected with malware for stealing data from Windows computers.

The compromised applications, with names such as “Gymnastics Training Tutorial”, “Modification Trail” and “Learn to Draw Clothing” were uploaded to Google Play between October 2017 and November 2017 and remained there until security vendor Palo Alto Networks informed Google of the problem.

Several of the apps were downloaded more than 1,000 times during the more than six months that the applications were available on the Play store and gained 4-star ratings purportedly from people who used the apps, Palo Alto Networks said in an alert July 30. “We have reported our findings to Google Security Team and all infected apps have been removed from Google Play,” the company noted.

This by far isn’t the first time Google has had to remove malware-laden applications from Play, which is generally considered the most secure source for Android applications.

In fact over the past two years alone, numerous security vendors have found thousands of Android applications released to Google Play tainted with adware, spyware and other malicious payloads. Many of the apps were downloaded hundreds of thousands of times before being flagged as dangerous and removed from the Play store.

In this instance however, the errant apps posed no danger to Android users because the embedded malware in them was –somewhat puzzlingly—designed to execute only on Windows systems. The malware embedded in the purged applications was completely “inert and ineffective on the Android platform,” meaning users were in no danger of losing their data as a result, Palo Alto said.

An analysis of the malware code suggests that the developers of the compromised applications may have developed the apps on infected Windows machines and inadvertently transferred the malicious code in their Android applications to the Play store. “This type of infection is a threat to the software supply chain as compromising software developers has proven to be an effective tactic for wide scale attacks,” the vendor said.

Had the malware tools worked as intended they would have been capable of recording the mobile device user’s keystrokes and steal data such as passwords, Social Security Numbers, payment card data and other sensitive information, Palo Alto Networks said.

The continuing ability of adversaries to get their malware past the Play store’s defenses poses a challenge for Google and for the hundreds of millions of users that download their apps from that site.

Play is Google’s official store for Android apps and the company uses a layered set of automated and human filters for detecting and removing potentially harmful applications from the store. The company has also become more careful about vetting developers and has relatively strict policies for dealing with those who repeatedly violate policies.