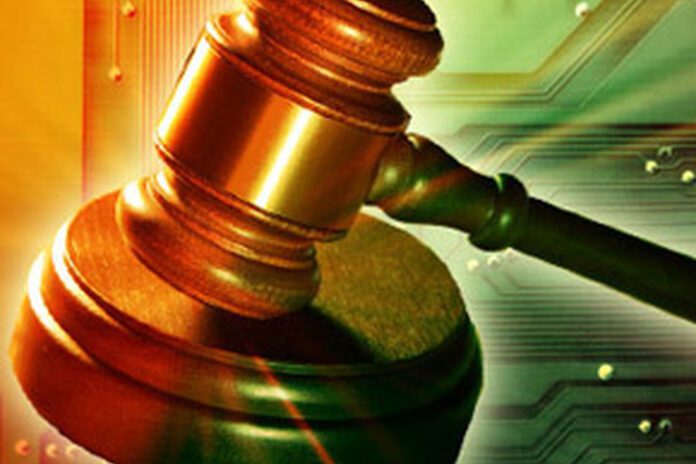 The European Union’s antitrust commissioner, Margrethe Vestager, said that Alphabet, the parent corporation of Google, has been found in violation of European Union antitrust laws because of the way the company restricts advertising in its Adsense business unit. The fine, €1.5 billion, or about $1.7 billion, is in addition to fines levied against the company for its Android phone OS app selection and its shopping service. Those fines amounted to €4.34 billion and €2.4 billion, respectively.

The Adsense Search fines came about due to the exclusivity requirements in contracts for third-party search, in which the contract with Google specifically set requirements as to the number, type and appearance of ads from non-Google services. While those provisions were relaxed recently, the EU competition bureau still considered them to be an illegal use of Google’s position.

Google also is required to stop the practice, and the EU has said that companies that were harmed by Google’s actions are able to seek compensation in international courts. Google changed its business practices following the previous antitrust findings in the EU, first by changing how ads for its shopping service appeared and then by putting its own apps on an equal footing in Android devices.

Kent Walker, Google’s senior vice president for global affairs, said in a blog post that the company will make changes to satisfy what the EU wants. “We’ve been listening carefully to the feedback we’re getting, both from the European Commission, and from others. As a result, over the next few months, we’ll be making further updates to our products in Europe.” Walker also explained the changes Google made to Android app selection and to the shopping features.

At this point, Google hasn’t actually paid any money to the EU because it’s appealing the decision, but if you look at Alphabet’s revenue of $137 billion last year, it’s pretty clear that the total amount of the fines from the EU is not enough to do more than get a brief flicker of attention. It’s clear from the response to the fines that it’s not enough to act as a deterrent.

In fact, Google’s response to the fines is more of a “sorry for being caught.” And since they’re caught, they’ll stop doing whatever it is. But what’s not appearing in the statements and actions that Google is providing publicly is an effort to avoid the illegal activity that the company has been charged with. Surely the company must have known that it was violating European antitrust laws, but it didn’t do anything until caught.

The problem with this approach is that it’s going to lead to some serious consequences, and not just for Google. Other tech companies operating in Europe, notably Amazon and Apple, are being investigated for antitrust violations of their own. Google’s approach of waiting until it gets caught is likely to mean harsher penalties for other U.S. companies that are already being viewed with suspicion, and almost certainly with greater regulation.

The problem with regulation in the EU is that the penalties can go far beyond the civil penalties, as expensive as they are, to actions under criminal statutes. It’s not a stretch to see senior managers of these big tech companies actually going to prison for their actions.

Big Tech Under Attack in U.S. Too

Unfortunately, the problem can only spread from there. As we saw when Europe’s General Data Protection Regulation (GDPR) went into effect last year, similar privacy legislation is now being discussed in the U.S.—in California, it’s already in place. Big tech is under attack in the U.S. by politicians on both sides of the aisle, with some advocating breaking up the large companies and others accusing them of political discrimination.

It’s probably too late to avoid regulation of the big tech companies, if only because Facebook’s actions are so egregious. But what’s happening is that the excesses and overreaches of other tech companies are being looked at through the lens of Facebook, and soon will be looked at in the context of restrictions and regulations in Europe.

It’s also too late for these companies to simply throw money at the problem with more lobbying. The sentiment in Europe and among U.S. regulators is that fines don’t work. The big tech companies are so big that a few billion here or there makes little difference to their bottom lines, as is evidenced by the fact that Google’s stock went up in value on the day the last fines were announced.

Instead, Google and others need to be prepared for the next step, which could easily happen before the 2020 elections in the United States. That step is regulation at least, and depending on whether there are more revelations such as what hit Facebook as this is being written, where it turned out that the service stored passwords in clear text without protection. More revelations can only make regulations harsher, and make the calls for breakup more strident.

Trust for big tech is already eroding. The only way that these companies can save the situation is to examine their operations and make sure they’re complying with both the spirit and the letter of the law wherever they operate. At least that way, the calls for their destruction may abate, given time. But without better behavior, done proactively, Google and the other companies may find themselves sharing their history with the old Standard Oil and U.S. Steel of the early 20th century.

But if Amazon, Apple and others can clean up their act now and abide with the law in Europe before they’re forced to do so, then perhaps the trust-busting won’t be so bad, and maybe it won’t spread to the U.S. to the extent that it looks like it is going to happen.