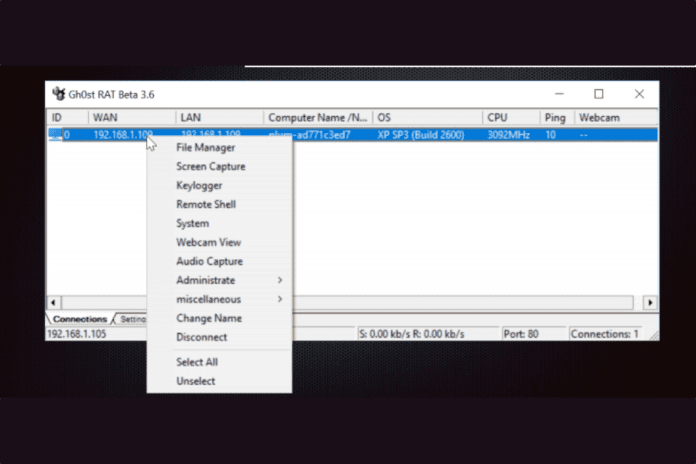 LAS VEGAS—There is a prevailing theme in many security breach reports that attackers are using increasingly sophisticated and advanced tools. According to Waylon Grange, senior threat researcher at Symantec, that’s not necessarily the case, as many remote access malware tools are neither advanced nor sophisticated.

Grange, who is also known by his alias Professor Plum, will discuss at the Black Hat security conference here on July 27 his insight and analysis in a session titled “Digital Vengeance: Exploiting the Most Notorious C&C Toolkits.” In an interview with eWEEK in advance of the session, Grange detailed the issues he sees with botnet command and control (C&C) remote access toolkits, which are often behind security breaches.

As it turns out, Grange discovered that common remote administration tools (RATs)—including Gh0st RAT, Korplug/Plug-X and XtremeRAT—are full of vulnerabilities that could enable the hackers to become hacked themselves.

“So as a retaliator I could get code execution on the attacker’s system and then the attacker would become the victim,” he said.

The way RATs work is malware is delivered to the victim and once it runs on a victim’s machine, the RAT “calls home” to the C&C botnet server, Grange said. The C&C server in turn communicates back to the victim’s machine with instructions on what should happen next, whether it’s data exfiltration or otherwise.

“The vulnerability I have is that if I know where the C&C server is, I can send it a message that will allow me to execute arbitrary commands,” he said. “So I could potentially see who the server has attacked and figure out more about the identity of the attackers.”

Grange emphasized that his research is somewhat theoretical in that he has not directly attempted the exploits against a live C&C server. That said, he noted that he tested the attack against a version of the RAT C&C in his testing lab to prove that it does work.

“Doing it in live practice is a legal gray area,” Grange said.

When doing his research, Grange said the biggest challenge was getting hold of the C&C server code. Once Grange got the code, he used static analysis techniques to find buffer overflow vulnerabilities in the RAT tools. The vulnerabilities were found in the RATs within two days of effort.

In addition to his talk at Black Hat, Grange is also giving a talk at the DefCon 25 conference on July 29.

Grange plans on releasing tools that could help researchers further investigate his claims about RAT vulnerabilities. He said he has one exploit for each of the RATs (Gh0st RAT, Plug-X and XtremeRAT), and those are being put into a Metasploit module he is developing. Metasploit is a popular open-source penetration testing framework that enables security researchers to test exploits.

“I wanted to prove that these tools [RATs] are very vulnerable, that the groups that use RATs are not untouchable, and they are actually on the same playing field as the rest of us,” Grange said. “By running these tools, the attackers are taking a large risk on themselves, and they can easily be hacked back.”