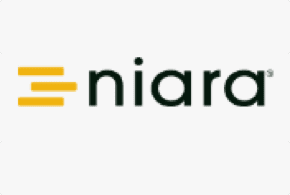 Hewlett Packard Enterprise (HPE) announced on Feb. 1 that it is acquiring privately-held security vendor Niara Inc. Financial terms of the deal are not being publicly disclosed.

Niara is a security analytics vendor with a specific focus on market segment known as User and Entity Behavior Analytics (UEBA). The company first emerged from stealth in June 2015, with the promise of using big data security analytics to help organization improve security

“We are building analytics and forensics into a single unified system, and that’s our core innovation,” Sriram Ramachandran, CEO and co-founder of security startup Nsaid in an interview with eWEEK when the company launched.

As a private company, Niara had raised a total of $29.4 million in venture funding from several investors including, Venrock,New Enterprise Associates and Index Ventures.

With the Niara UEBA, organizations are able to analyze user behavior, looking for anomalies that could potentially be indicators of security threats to a company. HPE plans on adding the Niara technology to its Aruba business group, which has its own access solution called ClearPass.

“Integrating Niara’s advanced behavioral analytics with ClearPass is a natural extension that will now deliver network-wide, real time visibility and predictive assessment of potential risks inside the enterprise,” Ramachandran said in a statement. “We also are excited to elevate our relationship from a ClearPass Exchange integration partner, to directly contributing to Aruba’s growth.”

“I am pleased with the progress we’ve made in identifying the right assets to deliver on our long-term business strategy,” Antonio Neri, Executive Vice President and General Manager, Enterprise Group, wrote in a blog post. “I’m excited to see how these investments will enable our customers to accelerate their journey to Hybrid IT.”