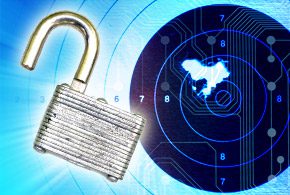 A large amount of the world’s trade is delivered by way of the international maritime shipping industry, which makes ships and their communications systems, potentially lucrative targets for attackers.

Security firm IOActive announced on Oct. 26 that it found a pair of critical security flaws in an Inmarsat maritime vessel communication platform, that could have potentially exposed a ship to cyber-security risks. The specific system that IOActive found to be vulnerable is Inmarsat’s Stratos Global AmosConnect 8.4.0 communication shipboard platform.

Inmarsat has downplayed the impact of the IOActive vulnerability disclosure.

“We are aware of the IOActive report but it is important to note AmosConnect 8 (AC8) is no longer in service,” Inmarsat stated. “Inmarsat had begun a process to retire AmosConnect 8 from our portfolio prior to IOActive’s report and in 2016, we communicated to our customers that the service would be terminated in July 2017.”

Ballano noted that the software was available for download at Inmarsat Stratos website and no specialized hardware was required to run it, as it runs on Windows x86. He added that the vulnerabilities were identified during reverse engineering and doing static analysis with the IDA Pro software application. Ballano said that the SQL injection flaw could be successfully exploited with standard security tools, such as sqlmap.

According to Ballano, a potential attacker requires network access to the AmosConnect 8 (AC8) server in order to exploit the system.

“The vulnerabilities allow for Remote Code Execution by abusing AmosConnect Task Manager once logged in with a user, with privileges to execute tasks,” Ballano said. “This can be successfully achieved via both the backdoor account and by exploiting the SQL injection to log in as a privileged user.”

According to Inmarsat, when IOActive brought the potential vulnerability to its attention, Inmarsat issued a security patch that was applied to AC8 to greatly reduce the risk potentially posed. Inmarsat noted that the AC8 product has already reached its end of life stage. Additionally the company has removed the ability for users to download and activate AC8 from the Inmarsat public website.

“Inmarsat’s central server no longer accepts connections from AmosConnect 8 email clients, so customers cannot use this software even if they wished too,” Inmarsat stated.

This isn’t the first time that IOActive has disclosed security vulnerabilities, where the affected vendor disputes the impact. In December 2016, IOActive reported multiple security flaws in Panasonic’s Avionic In-Flight Entertainment (IFE) system that could have potentially given an attacker unauthorized access. Panasonic disputed the report claiming that the impact should be interpreted as theoretical at best and sensationalizing at worst.