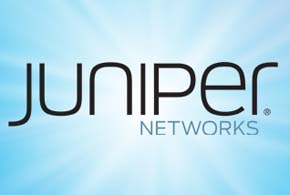 “During a recent internal code review, Juniper discovered unauthorized code in ScreenOS that could allow a knowledgeable attacker who can monitor VPN [virtual private network] traffic to decrypt that traffic,” Juniper wrote in a statement emailed to eWEEK. “Once we identified these vulnerabilities, we launched an investigation and worked to develop and issue patched releases for the impacted devices.”

Juniper also noted in its statement that the company has already reached out to affected customers, strongly recommending that they update their systems and apply the patched releases with the highest priority. For Juniper customers that may be impacted by the ScreenOS issue, Tod Beardsley, security research manager at Rapid7, recommends that, in addition to updating the firmware immediately, organizations also change passwords and investigate their own networks for potential compromises.

The backdoor issue is identified as CVE-2015-7755 and, according to Juniper’s advisory, exploitation of the vulnerability can lead to complete compromise of a system.

“Upon exploitation of this vulnerability, the log file would contain an entry that system had logged on, followed by password authentication for a username,” Juniper’s advisory states.

Juniper is actually patching ScreenOS for a second security vulnerability as well. Juniper noted that there is a Secure Shell (SSH) bug in ScreenOS that could allow an attacker to conduct denial-of-service (DoS) attacks against ScreenOS devices. SSH is a commonly used technology to get administrative remote access to a system.

“The second issue may allow a knowledgeable attacker who can monitor VPN traffic to decrypt that traffic,” Juniper’s advisory states. “It is independent of the first issue.”

A Juniper spokesperson told eWEEK that at this time the company is not sharing any additional information beyond that which is in the advisory. The advisory notes that Juniper’s Security Incident Response Team (SIRT) is not aware of the vulnerabilities being exploited.

The purpose of network security devices such as firewalls is to defend the perimeter of a network from attack and to permit the secure traversal of data with VPN connections. ScreenOS is the primary operating system that runs on Juniper’s Netscreen class of firewall devices, which is an older product group that has been superseded in recent years by Juniper’s SRX firewall products. Unlike the Netscreen devices, the SRX firewalls are powered by Juniper’s Junos operating system. According to Juniper, the newly found vulnerabilities are specific to ScreenOS and do not impact SRX. Juniper has recently announced a new strategy for a disaggregated Junos to enable a more flexible software-defined networking (SDN) approach.

The specific versions of ScreenOS that are impacted by the issue are ScreenOS 6.2.0r15 through 6.2.0r18 and 6.3.0r12 through 6.3.0r20. ScreenOS 6.2.0r15 was first made available in September 2012, meaning that potentially an enterprise might have been exposed to the risk for three years.

Perhaps coincidentally, documents publicly posted December 2013 in Der Spiegel, from National Security Agency (NSA) whistleblower Edward Snowden, list Juniper’s firewalls as devices that can be infiltrated. The Juniper firewalls were among a large list of items impacted by the operations of the NSA unit known as the Tailored Operations Unit, or TAO, which conducts operations that enable it to gain access to user PCs and computer networks in a number of ways.