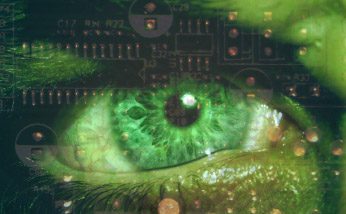 A cyber-espionage operation has been linked to a hacking group based in China that may have been active for as long as a decade.

The attack campaign has been dubbed NetTraveler by Kaspersky Lab, and is so named because of an internal string present in early versions of the malware used by the attackers. According to Kaspersky Lab, the operation infected more than 350 businesses and government institutions across the world, including in the United States. The group behind the attack is believed to have been active since 2004—though the highest volume of activity occurred during the past three years.

“This malware is used by APT [Advanced Persistent Threat] actors for basic surveillance of their victims,” according to a blog post by Kaspersky Lab’s Global Research & Analysis Team (GREAT). “Earliest known samples have a timestamp of 2005, although references exist indicating activity as early as 2004. The largest number of samples we observed were created between 2010 and 2013.”

“Based on collected intelligence, we estimate the group size to about 50 individuals, most of [whom] speak Chinese natively and have working knowledge of the English language. NetTraveler is designed to steal sensitive data as well as log keystrokes, and retrieve file system listings and various Office or PDF documents,” the blog post notes.

The attack relied on spear-phishing emails targeted towards a variety of victims, including: oil companies, universities, Tibetan/Uyghur activists and various government and military organizations. The emails were laced with malicious Microsoft Office attachments with titles such as ‘Report – Asia Defense Spending Boom.doc’ and ‘Army Cyber Security Policy 2013.doc.’

According to Kaspersky Lab, the highest number of infections were found in Mongolia, India and Russia, though victims were discovered in more than 40 nations overall. The group’s most recent focus has been targets related to space exploration, nanotechnology, energy production, nuclear power, lasers, medicine and communications. The stolen data included file system listings, various types of documents and other private information.

“To transfer stolen data from the command and control servers, the attackers use FTP on top of VPN connections through a server in the U.S. hosted by Krypt technologies,” Kaspersky Lab researchers noted in a report on the attack. “The infrastructure is secured by allowing FTP access only to remote users coming from predefined IPs, including the VPN provider in the U.S.”

Interestingly, the researchers found that six of the organizations impacted in this attack were also infected in the Red October campaign uncovered earlier this year. No direct links were found between the NetTraveler attackers and the Red October threat actor, according to Kaspersky.

According to the report, the group using NetTraveler “is also employing other malware, including Zegost, Saker and others. To compromise their victims, they rely on exploits for two popular vulnerabilities in Microsoft Office. Specifically, the vulnerabilities the group exploited are CVE-2012-0158 and CVE-2010-3333, both of which have been patched by Microsoft.