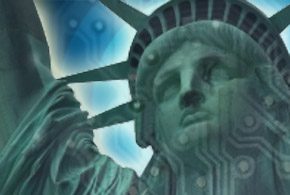 Ever since U.S National Security Agency whistleblower Edward Snowden first emerged in 2013 with scathing details about the scope of intelligence-gathering capabilities, American officials have been on the defensive.

Today in a policy speech, President Barack Obama outlined a number of reforms to reassure both U.S citizens and foreign governments that NSA is not violating individual rights. Obama’s policy speech came as a response to recommendations made at the end of 2013 by a presidential task force for multiple reforms within U.S intelligence agencies.

That said, Obama noted that since the beginning of his presidency and following reviews ever since, he has seen no indications that the U.S. intelligence community is “cavalier about the civil liberties of their fellow citizens.”

“When mistakes are made, which is inevitable in any large and complicated human enterprise, they correct those mistakes,” Obama said. “Laboring in obscurity, often unable to discuss their work even with family and friends, they know that if another 9/11 or massive cyber-attack occurs, they will be asked, by Congress and the media, why they failed to connect the dots.”

While some have called on the administration to pardon the actions of Snowden, Obama’s comments today make that seem unlikely.

“I’m not going to dwell on Mr. Snowden’s actions or motivations,” Obama said. “I will say that our nation’s defense depends in part on the fidelity of those entrusted with our nation’s secrets.”

Obama added that if any individual who doesn’t like the government’s policies decides on his or her own to reveal classified information, the United States will not be safe. That said, Obama does agree that some changes are required in the way the U.S. collects intelligence.

“Moreover, the sensational way in which these disclosures have come out has often shed more heat than light, while revealing methods to our adversaries that could impact our operations in ways that we may not fully understand for years to come,” Obama said.

The first reform announced by Obama is a new presidential directive that aims to provide more oversight for intelligence-gathering capabilities. The directive also provides for an annual review of all intelligence priorities.

Another criticism leveled against U.S intelligence operations has been about transparency, which is now also being addressed. Specifically, the plan is to more regularly declassify the decisions made by the Foreign Intelligence Surveillance Court about data collection activities.

“We will reform programs and procedures in place to provide greater transparency to our surveillance activities, and fortify the safeguards that protect the privacy of U.S. persons,” Obama said.

One of Snowden’s first and biggest disclosures was the bulk collection of phone records, in what is authorized under Section 215 of the Foreign Intelligence Surveillance Act (FISA). While Obama defended the reasons for its existence, he agreed with critics that the right safeguards need to be in place.

“They also rightly point out that although the telephone bulk collection program was subject to oversight by the Foreign Intelligence Surveillance Court and has been reauthorized repeatedly by Congress, it has never been subject to vigorous public debate,” Obama said. “For all these reasons, I believe we need a new approach.”

The new approach will be formulated between now and March 28, when Section 215 is due to be reauthorized. The general idea is to not have the government holding the bulk meta-data.

Obama has also issued a new directive to reassure foreign governments that the United States is not indiscriminately spying on people.

“The bottom line is that people around the world, regardless of their nationality, should know that the United States is not spying on ordinary people who don’t threaten our national security, and that we take their privacy concerns into account,” Obama said.

While Obama’s speech and new directives aim to address the concerns of critics, there is some skepticism. Dwayne Melancon, chief technology officer for enterprise security vendor Tripwire, noted that new directives are a move in the right direction but convincing results will need to be seen.

“There is so much collection technology in place already it will be difficult to just ‘turn it off,’ so that means there may still be a temptation to look at more data than is appropriate,” Melancon said. “That is definitely a concern.”

The Electronic Frontier Foundation (EFF) is also looking to see the proof in follow-up actions to Obama’s speech today.

“The President took several steps toward reforming NSA surveillance, but there’s still a long way to go,” said EFF Legal Director Cindy Cohn in a statement. “Now it’s up to the courts, Congress, and the public to ensure that real reform happens, including stopping all bulk surveillance—not just telephone records collection.”