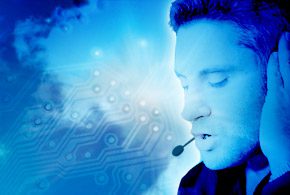 Phone fraud prevention vendor Pindrop Security has raised a new Series C $75 million round of funding, bringing total funding to date for the company to $122 million. The new round of funding will be used to help grow the company faster and to build new technologies to limit the risks of phone fraud and robocalls.

The new Series C round, which is being led by Google Capital and includes the participation of GV, Andreessen Horowitz, IVP, Citi Ventures and Felicis, follows up on Pindrop’s $35 million Series B that was announced in February 2015. Since then, the company has improved its phone Fraud Detection System (FDS), including a major update in July 2015.

Vijay Balasubramaniyan, co-founder, CEO and CTO of Pindrop Security, noted that his company had not yet burned through all of the money it raised in prior rounds.

“So we’re walking into 2016 with a $100 million war chest to go take on the challenge of phone fraud,” Balasubramaniyan told eWEEK.

With the funding in place, Balasubramaniyan is now set to expand his company’s offerings into new areas. To date, Pindrop’s core technology has been phone fingerprinting, which helps to identify devices by their acoustic signature, among other characteristics.

“The original focus for the technology was to look for the bad guys and identify anomalies,” he said.

Now Pindrop is looking to expand that technology by combining phone fingerprinting with voice biometrics to power an authentication capability. The promise of the authentication technology is that when a call comes in, a call center could identify that it is in fact the right user, identified by voice, device and behavior.

When it comes to the state of authentication today, many facets of technology rely on passwords, which in Balasubramaniyan’s view is the weakest form of security. The approach he’s trying to build with Pindrop will have multiple levels of inspection to provide a secure form of authentication for voice calls.

“Voice captures both content and intent,” Balasubramaniyan said. “We want to be able to authenticate the voice channel by being able to identify the right person using the right device using the right behavior.”

In the Web browser, there is the padlock icon that serves to help users identify whether a site has been secured with Secure Sockets Layer/Transport Layer Security (SSL/TLS). For phone authentication, Balasubramaniyan said that a similar type of concept will be in place with Pindrop’s technology, with a dashboard screen for call center users that will quickly provide a visual cue about the authenticity of a user.

Beyond just phone authentication, Pindrop has been working to help solve the challenge of automated spam phone calls, often referred to as robocalls. The U.S Federal Trade Commission (FTC) has been leading a charge to fight back against robocalls. Among the FTC’s efforts was an event at the DefCon security conference in 2015 to help build technology to prevent robocalls, which is an effort that Pindrop is actively engaged in.

When a consumer complains that his or her phone number is getting too many robocalls, the telcos will sometimes reclaim the number, he said. Pindrop then acquires those phone numbers and uses them to monitor incoming robocalls.

“We have approximately a quarter of a million phone numbers, and we’re getting 90,000 fraudulent calls every single day,” Balasubramaniyan said. “That data set helps us to do our job better on the enterprise side, but we want to move the bar and start helping consumers.”

As part of the Series C funding, Balasubramaniyan expects to be able to build out a consumer-focused product that could help protect individuals against robocalls.

“This is a very big problem,” he said. “The direct consumer product is probably a couple of years out, but before then we’re working with telcos to help make their networks more intelligent and able to identify phone fraud.”