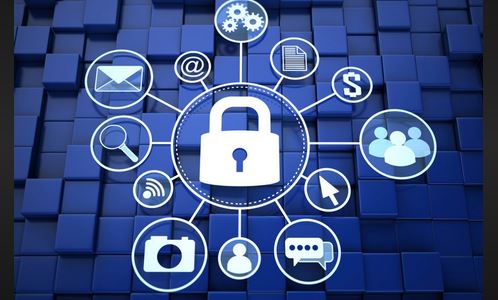 We’ve published a list of “prediction” articles here in eWEEK during the last few weeks as 2018 bears down upon us. We’ve touched on about 16 categories, including software, storage, cloud, IoT, artificial intelligence and others. Oh yes, we’ve also touched on key security trends to expect in 2018, compiled by our Sean Michael Kerner.

However, security is such a hot topic and we received so many good observations from people in the field, that we decided to publish several more of them. Good fodder for conversation among enterprise OPSEC staff members, perhaps.

Adam Isles, Principal at The Chertoff Group, a global advisory firm that provides security risk management, business strategy and merchant banking advisory services: We see six important risks we see for in 2018. They are:

“We are seeing a rapid increase in the volume of mass ransomware threats, and this trend will continue over the next one to two years. The growing availability of crypto-currencies provides the attacker with the possibility to remain anonymous while conducting mass attacks. By demanding a relatively small payment from a large number of victims, the attacker is able to run a ‘numbers game’ that increases the likelihood that he will earn a profit while remaining anonymous.  New cryptocurrencies that are more anonymous than Bitcoin will accelerate this trend, and the small payment sizes make it more likely that victims to pay.

“In contrast to the ‘numbers game,’ targeted ransomware involves a focused effort to penetrate a large and often well-protected entity. The successful targeted attack often involves several hours of research as well as trial-and-error attacks. With mass ransomware, attackers can cast a wide net and wait for victims to take the bait. The targeted attack also carries a higher risk of communications with the victim and an increased likelihood of sophisticated law-enforcement resources. Since smaller organizations continue to pay the ransom, mass ransomware has become a threat epidemic and will not slow down anytime soon.”

“GDPR becomes a reality on May 25, 2018 and will affect companies both in and out of the EU who handle the data of EU citizens. According to a GDPR readiness survey, almost 40 percent of businesses are fearful of a major compliance failing and the financial penalties for non-compliance are severe. As they navigate the complexities of GDPR, enterprises will double down on cloud security and focus on taking security measures to ensure their cloud apps protect personal data from loss, alteration, or unauthorized processing. In response, cloud service providers will continue to take extraordinary steps to ensure security is at the core of the entire cloud stack. Cloud security services will become more sophisticated with advancements to encryption capabilities, the continued integration of AI, and development of security services that work seamlessly across public, private and multi-cloud environments.”

“Spear phishing will continue to grow as long as it continues to be successful for cybercriminals. These highly targeted attacks that leverage impersonation of an employee or a popular web service have been on the rise, and according to the FBI, have proven to be extremely lucrative for cybercriminals.

“These attacks will continue to grow in number as well as become more sophisticated in terms of how they research and target their victims. In 2018, there will be a large increase of multi-stage spear phishing attacks that involve multiple steps, research and reconnaissance on behalf of the attacker targeting a small number of targets for very large pay outs. Cybercriminals are now taking an ‘enterprise’ approach. Similar to B2B enterprise sales, they go after a smaller number of targets, with the goal of extracting a much greater payload with highly personalized attacks. The latest iteration in social engineering involves multiple steps. The sophisticated cybercriminals don’t try to target company executives with a fake wire fraud out of the blue. Instead, they first infiltrate the organization, and then use reconnaissance and wait for the opportune time to trick their targets by launching an attack from a compromised mailbox.

“Organizations will have to invest in cutting edge tools and tactics in order to thwart spear phishing attackers. Artificial intelligence for real-time spear phishing defense offers some of the best hope in stopping these cybercriminals in their tracks.”

“Domain spoofing has been rapidly increasing and will continue to grow through 2018. Spoofing is a type of impersonation attack that tricks the victim into thinking that a criminal is someone else. Criminals use domain spoofing to impersonate a company or a particular company employee. The criminals often send emails to customers or partners of the company in order to steal credentials and gain access to company accounts on behalf of a company to its customers and partners to steal credentials and gain access to their accounts. This is often the beginning of a multi-stage strategy to steal data and commit fraud with organizations that is quickly becoming the costliest cyber-attacks out there today.

“There has been a stark increase in volume of mass phishing attacks where cybercriminals are spoofing popular e-commerce and consumer brand names and websites aimed to both steal information. The actual names of the brands these attackers impersonate is less important than the tactic, as criminals quickly change brand names with new attempts. The goal is to convince the unsuspecting to either download malicious documents or login into a fake account resulting in surrendered account credentials – which then leads to all sorts of hurtful behavior.

“Attackers can take user credentials and retrieve credit card information, additional personal information, and learn more about their victim’s online behavior for future social engineering attacks. They will actually build websites that mimic actual brand name websites in the hopes to siphon victims during high times of shopping. Even though these counterfeit sites are not identical to these actual sites of the impersonated big brands, attackers are counting on the fact that most consumers do not buy direct from these brands directly, and therefore won’t recognize what their home page actually looks like.

“Brand hijacking in both emails and spoofed websites will only continue to grow in the next year, and both companies and consumers need to be on the guard, educated and ready for these threats to come around.”

“We have seen a stark increase in email attacks that impersonate secure messages from financial institutions. These fake “secure messages” carry malicious content and malware for download.

“Impersonation is one of the most common tactics used in email attacks because it works very well. These impersonation threats leverage the relationship a victim has with his bank and the associated trust the victim may have in his bank’s online communication. A victim who engages in online communication with the bank is usually of high value to these criminals.

“These impersonation threats carry malicious word documents that often appear harmless, but include an embedded script that can be updated by attackers at a later date.  This script can be modified to deploy a variety of threats including ransomware or advanced persistent threats. These attacks are very difficult to spot by end users as the email domains used in this attack are designed to look like real emails that customers might receive from an actual bank. The volume of these attacks is rapidly increasing, so plan to see more of these fake secure messages in the coming year.”

Thomas Fischer, Global Security Advocate of Digital Guardian: “Device kidnapping” will compromise IoT devices on a large scale.
“Looking at vulnerabilities in IoT access and management that have already been disclosed, and putting them in the context of other attack trends and events – the criminal underground is awash in PII in 2017 (credentials as well as a wealth of information to affect account hijackings) – there is a picture of motive and opportunity for widespread ransoming of IoT devices. As discussed on the IoT Security Foundation website, while ransomware is easier to reverse on IoT devices than computers, timely and critical attacks will eliminate that advantage and victims, unable to counter the effects of the ransomware, will be more willing to pay the ransom. Possible scenarios include ransoming pacemakers or infusion pumps shortly after surgery, or disabling cars while passengers are traveling in harsh climates.”

Itzik Kotler, Co-Founder and CTO at SafeBreach: Automation will be a rising weapon in cybersecurity.
“As security teams grapple with a deluge of data, alerts and constant threats, 2018 will see an increase in adoption of a myriad of security automation technologies. More organizations will embrace the promise of security automation for “purple” team operations. We will see a combination of technologies — from automating the hacker via breach and attack simulation, to executing remediation playbooks via security automation and orchestration — working in concert towards smarter security.”

Ryan Stolte, Co-founder and CTO of Bay Dynamics:  2018 will be the year of ransomware and stolen credential attacks.