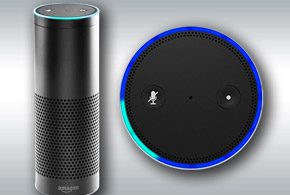 On April 25, security firm Checkmarx publicly disclosed that it has found that a malicious developer can trick Amazon’s Alexa voice assistant technology to record everything a user says.

At this time, it’s not clear if any hackers have ever exploited the flaw, which is not in the Amazon Echo hardware, but rather is an abuse of functionality in the Alexa Skills feature set. Developers can extend Alexa’s technology by building skills that provide new functionality for end users. Checkmarx found that there were several unbounded parameters that were available to Alexa skills developers that could have enabled a malicious developer to record and even transcribe what a user says, even after the user had finished communicating with the device.

“Customer trust is important to us, and we take security and privacy seriously,” an Amazon spokesperson wrote in an email to eWEEK. “We have put mitigations in place for detecting this type of skill behavior and reject or suppress those skills when we do.”

This isn’t the first time a security researcher has raised the alarm about the potential for using Alexa-powered devices to eavesdrop. In August 2017, security researcher Mark Barnes with MWR Labs released a report on a similar risk, although an attacker would need physical access to the device. In the Checkmarx research, an attacker could manipulate an Alexa Skill, which can be installed by unsuspecting users and doesn’t require any physical access or tampering with the Amazon Echo smart speaker.

“The problem is that the attack we described leaves no trace, so a naïve user will not be able to know,” Erez Yalon, manager of application security research at Checkmarx, told eWEEK. “It makes sense that with the info they have now, Amazon can check if the Amazon Store hosts any malicious Alexa Skills.”

When developers submit a skill to the Alexa Skills marketplace, there is typically a box that needs to be checked that implies the developer agrees with the terms of service. Yalon commented that legal issues are usually out of the scope of Checkmarx’s research.

“I don’t know if the terms of service describe a situation where a user is intentionally recorded without even knowing it and that the transcription of the recording is sent to a malicious skill developer,” Yalon said.

There are multiple mitigations for the Alexa Skills eavesdropping issue. For one, by default whenever Alexa is listening, the blue LED light ring at the top of the device is active. Checkmarx noted in its research that not all users are always aware of the ring and that the Alexa voice service is also being embedded in new devices that might not have the same visual indicator of activity.

Amazon has also taken steps to limits the risk of potentially malicious Alexa skills. Yalon said that in his view, the mitigations that Amazon has taken show a very proactive approach.

“Not only did they fix the specific attack we presented, they went the extra mile of lowering the risk for potential future attacks by limiting longer-than-usual sessions,” Yalon said. “In short, we are satisfied.”