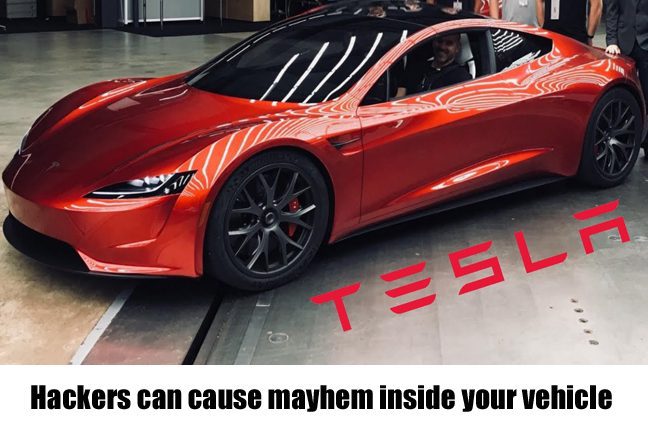 The FBI charging document reads like a well-crafted spy novel. According to the filing, an alleged member of a Russian crime syndicate, Egor Igorevich Kriuchkov, entered the United States in late July. His goal was to make contact with an employee of Tesla and to convince that employee to insert ransomware into the company’s industrial control systems while also exfiltrating intellectual property.

For the employee’s assistance, the Russian criminals would pay $1 million. But there turned out to be a glitch in the plan. As soon as the employee found out what the plan was, the FBI was notified and followed the process every step of the way. Because of the employee’s loyalty, no malware was ever placed on Tesla’s computers. Kriuchkov was arrested at Los Angeles International Airport as he tried to flee the United States.

“This is the tip of the iceberg,” said Chris Grove, technology evangelist for Nozomi Networks, which produces monitoring and risk mitigation software for industrial control systems and IoT networks. “They were trying to ransom $5 million or $6 million but were planning to steal a half billion in data from Tesla.” Grove said that such a theft exposes it to nation states that might decide to be involved.

Mistake in an OT network could have grave consequences

But Grove also said that putting malware on an OT (operations technology) network such as Tesla’s could have grave consequences. “A mistake on the OT network could cause a robot to chop a man in half,” he said. In fact, most cybercriminals don’t really understand industrial control systems, nor do they understand the networks that control them. Grove explained that when attacking an IT network, you’re stealing or manipulating data. When attacking an OT network, you’re controlling machines.

In this case, Tesla dodged the bullet. They had an employee who had values beyond money who chose to do the right thing rather than the easy thing. But this is a wakeup call to other companies. If the Russians were willing to pay someone a million dollars to place ransomware into a computer system, how much would they pay someone else? And how many employees would be willing or able to withstand the temptation of a million dollars?

“If this is what we know about, how many do we not know about?” Grove wonders. “They knew what they were doing. They probably targeted this guy a few years ago.”

As it turns out, the FBI reports that the first contact between the Tesla employee and the Russians was four years ago in 2016. They’d been planning their attack since then. Had everything gone right, this would have been an effective insider attack. And that’s what worries operators of OT networks.

“The Russians were piggybacking on existing risk,” Grove said. He quoted from a recent survey that Nozomi had commissioned, “52% of companies thought employees were the biggest risk in OT companies.”

Grove said that monitoring products, such as Nozomi Networks Guardian, work by developing an asset inventory, then keeping track of which assets communicate with which other assets. They then monitor details of the operations of each item on the network. “Guardian looks for anomalies. Anything out of the ordinary is highlighted.” He said that in industrial control systems, the systems themselves are monitored, as well as individual components. He said that actual motor speeds are monitored for variations, for example.

Threats to networks are getting more serious all the time

“We’re protecting the process from the network itself,” he said.

Grove said that the problems in security of OT networks are exacerbated by the IT/OT convergence that’s happening in many enterprises. “It’s not a very mature science yet,” he said.

Unfortunately, the threats to these networks are only getting more serious. Grove said that while offering an insider cash or other incentives isn’t new, the amount of money involved is. “What happens if they say yes to a million dollars?” he asks. He wonders what happens if they offer more.

Unfortunately, offers of money aren’t the only threat. “I’m worried about the people who are so busy that they are easily duped,” Grove said. He also said that the Russian cyber criminals are only going to step up their efforts.

“They probably have multiple people coming and going from the States,” he said. “anybody they can get. Their expertise is creating malware. They’ll be able to create stuff that will disrupt the network.”

The answer is to bolster defenses while you still can. Industrial control systems have notoriously poor security built in, so the only other choice is to design security systems that make it as hard as possible for someone to install malware, and then to install monitoring that will detect any attempt to tamper with those systems.

In addition, it’s critical to do what you can to ease the risk of an insider attack. In Tesla’s case, it was instilling employee loyalty. The question is how many other companies can do that.