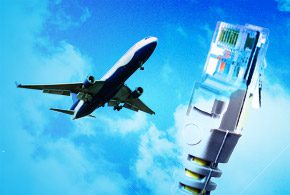 Security firm IOactive on Dec. 20 publicly announced that it has found security flaws in Panasonic Avionic In-Flight Entertainment (IFE) systems used on multiple airlines around the world. The flaws were first reported to Panasonic by IOactive in March 2015 and were not publicly discussed until today, in an effort to give Panasonic and airlines time to fix the issues.

According to IOactive, Panasonic said it would notify its airline customers of the issues, as such IOactive did not disclose the vulnerabilities to any airlines directly. IOactive also alerted Aviation Information Sharing and Analysis Center (A-ISAC) members last week ahead of the public announcement, so those potentially impacted could prepare for the news going public.

The vulnerabilities discovered by IOactive could have potentially enabled an attacker to take over in-flight displays used by passengers, turn the lighting system on or off as well as steal credit card information that may be stored in the system. There also is the potential risk that that vulnerabilities found by IOactive could be chained together and enable an attacker to get wider access to an aircraft’s in-flight systems.

Hacking into IFE systems is not something that airlines take lightly. In 2015, security researcher Chris Roberts claimed that he was able to hack into an aircraft’s flight control through an IFE system, which led to an FBI investigation. Unlike Roberts, who tweeted his claims while on an aircraft, IOactive’s security researcher took a different approach.

“The bugs were not exploited, they were only identified with simple and inoffensive tests,” Ruben Santamarta, Principal Security Consultant at IOActive, told eWEEK.

“The vulnerabilities are located on both server and client components,” he said.

Without proper data input sanitization, SQL injection and other forms of security techniques can potentially be used to exploits a system. Other issues that Santamarta found include a lack of authenticated encryption during network operations and the use of hard-coded credentials.

“We can’t discard the WiFi scenario but due to the limitations of our analysis, which was mainly based on static analysis approaches, the attacker would need physical access,” Santamarta said.

An additional barrier for any potential IFE system hacker is the fact that airlines implement a very segmented approach to on-board systems. As such, the IFE system is supposed to be separate from other on-board systems. Simply isolating each individual WiFi client and Seat Display Unit, however, isn’t enough to thoroughly guarantee security.

“A more complex approach needs to be implemented to mitigate the risks,” Santamarta said. “Eventually, it would be simpler to fix the code.”

For its part, Panasonic disagrees with IOactive’s assessment. In a statement emailed to eWEEK, Panasonic stated that, the allegations made to the press by IOActive regarding in-flight entertainment (IFE) systems manufactured by Panasonic Avionics Corporation (“Panasonic”) contain a number of inaccurate and misleading statements about Panasonic’s systems.

“IOActive has chosen to make highly misleading and inflammatory statements suggesting that hackers could ‘theoretically’ gain access to flight controls by hacking into Panasonic’s IFE systems,” Panasonic stated. “Panasonic strenuously disagrees with any suggestion by IOActive that such an attack is possible and calls upon IOActive to clarify that its research does not support any such inference.”

Panasonic also stated that the conclusions suggested by IOActive to the press are not based on any actual findings or facts.

“The implied potential impacts should be interpreted as theoretical at best, sensationalizing at worst, and absolutely not justified by any hypothetical vulnerability findings discovered by IOActive,” Panasonic stated.