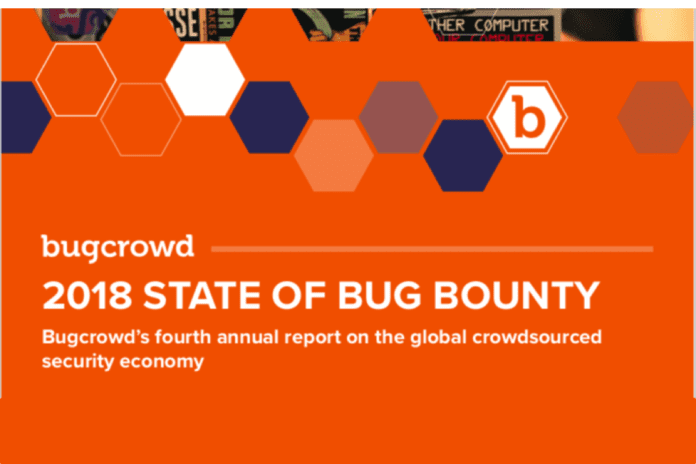 Bugcrowd released its 2018 State of the Bug Bounty report on June 6, revealing key trends in the evolving market for bug bounties.

Among the high-level findings in the report is that organizations are now paying more for vulnerability disclosures than they have in prior years. Across Bugcrowd’s platform, the average bug bounty is now $781, which is a 73 percent increase over the company’s 2017 report.

“The increased average payout is a good thing,” Casey Ellis, founder and CTO of Bugcrowd, told eWEEK. “There’s a logical ceiling for how this average can go, but I don’t think we’re near it yet. I expect this trend to continue in 2019.”

With a bug bounty, a software or hardware vendor offers security researchers an award (the “bounty”) for responsibly disclosing a vulnerability. Bugcrowd offers a managed platform for operating both public and private bug bounty programs. Bugcrowd has raised a total of $50 million in venture funding, including a $26 million Series C round that was announced on March 1.

“It also means that customers are better understanding the value of incentivizing the researcher community to make their program more attractive and to bring productive hackers back for more,” Ellis said. “The end result is more vulnerabilities getting fixed before bad guys can take advantage of them.”

While multiple types of vulnerabilities are reported across different industries and vendors that use the Bugcrowd platform, cross-site scripting (XSS) vulnerabilities were once again the most often reported.

Ellis noted that XSS and cross-site request forgery (CSRF) were the most reported submissions across industries, accounting for 25 percent and 7 percent of submissions, respectively. Among the multiple types of XSS flaws that researchers submitted to Bugcrowd managed programs, the most submitted were reflected attacks, though stored XSS attacks often resulted in larger payouts for researchers.

“As the name suggests, stored XSS exploits are persistent, making it much more useful and valuable to an attacker when exploited,” Ellis explained. “Reflected XSS is transient, therefore presenting less risk.”

Bugcrowd manages both public bug bounty programs that are open to anyone to participate, as well as private programs that are invite only. Over the past year, 79 percent of new program launches at Bugcrowd were private.

“Big public launches drive press coverage and broader awareness, but that is not always the best approach for generating results, especially for teams that aren’t ready for the deluge of submissions that come in when launching a public program with a large scope from scratch,” Ellis said.

Many companies are now opting to start with a private program as a first step, to better understand the bug bounty model, according to Ellis. On a related note, he said private programs typically yield a higher percentage of valid reports than public programs.

“If matched with the program correctly, skilled hackers tend to spend more time on private programs because they know there is less competition and therefore a better opportunity to find vulnerabilities,” he said. “That said, public programs attract more diverse skills and tend to generate more valid issues by quantity, along with more noise, including duplicates and invalid issues, in the process.”

With a bug bounty, researchers are incentivized to find flaws in technology and disclose them in a responsible manner, but it’s not an approach that everyone understands.

Ride sharing company Uber had a data breach in 2016 and paid what it called a bug bounty to the researchers that hacked its system. On Feb. 6, Uber’s Chief Information Security Officer John Flynn testified in a U.S Senate hearing about bug bounties and his firm’s security breach. Flynn testified that Uber paid the attackers that breached its system $100,000 via the HackerOne bug bounty program in an effort to cover up the data breach.

“It created confusion about the difference between a bug bounty payment and an extortion payment, until Uber very clearly and articulately distinguished the two during the Senate hearing,” Ellis said. “We still get asked that question fairly regularly today.”