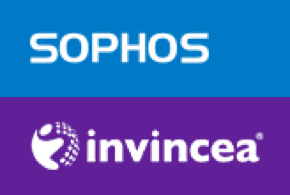 Security vendor Sophos is set to expand its capabilities with the acquisition of next generation security vendor Invincea, in a deal announced on Feb. 8.

The financial terms of the deal call for Sophos to pay a cash consideration to Invincea shareholders of $100 million with a $20 million earn-out clause, bringing the total potential value of the deal to $120 million. An earn out means an additional cash consideration is distributed to the shareholders of Invincea upon earning a certain amount of revenue.

Invincea’s technology platform fits into a category that industry analysts generally refer to as Endpoint Detection and Response (EDR), providing organizations with advanced capabilities that go beyond traditional anti-virus and basic malware detection. Invincea’s core platform is simply called ‘X’ and was advanced in January 2017 with a new managed offering.

The X by Invincea platform uses deep learning capabilities to understand and detect security threats. The X product also aims limit the risks of potential threats with an integrated isolation capability. Invincea had raised $41 million in funding from investors, since the company was founded back in 2009.

“X by Invincea represents a new generation in antivirus technology based on deep learning and behavioral monitoring,” Anup Ghosh, founder and chief executive officer at Invincea, said in a statement. “Joining forces with Sophos presents the perfect opportunity to take our proven, advanced technology to a global audience and make it part of a comprehensive synchronized security system.”

For its part, Sophos has been building out its synchronized security approach over the last several years, providing visibility and control from the endpoint through the network. In November 2015, Sophos announced the Security Heartbeat component of its platform, providing organization with visibility into the real-time state of deployed security. The Sophos Central hub is the core product platform that enables the synchronized security approach tying together multiple security capabilities.

In January 2017, Sophos expanded its portfolio further with the launch of the Phish Threat testing and training platform.

“By adding Invincea to our portfolio, Sophos is executing on its vision to assemble the most powerful technologies to provide the very best, cutting-edge defenses for our customers,” Kris Hagerman, chief executive officer at Sophos, said in a statement.

The integration plan, calls for Sophos to release a Sophos Central managed product that integrates Invincea’s technology with other Sophos technologies before the end of 2017.