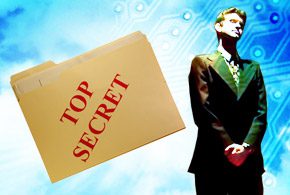 When the WikiLeaks disclosure of hacking tools known as Vault 7 was first released in February, it wasn’t immediately clear where and when the tools were used. Security firm Symantec is now providing new insight into the use of the Vault 7 hacking tools, connecting the tools to a string of attacks known as Longhorn that go back to 2011.

In its disclosure, WikiLeaks alleged that the U.S. Central Intelligence Agency developed and used the Vault 7 tools. WikiLeaks founder Julian Assange has offered to provide IT vendors with full details from the Vault 7 data dump, though it’s not clear if any companies have taken him up on the offer. Eric Chien, director of Symantec Security Response, told eWEEK that Symantec has not had any direct contact with Assange and did not work with him as part of the Vault 7 Longhorn investigation.

Symantec’s investigation connects the Vault 7 tools to the Longhorn attacks, which involve at least 40 targets spread across 16 countries.

“We believed this group [Longhorn] had state espionage motivations. However, until the Vault 7 documents, we did not have any data that allowed us to attribute it to a particular actor,” Chien said.

As to how Symantec was able to correlate the Longhorn attacks with the Vault 7 tools, Chien said the fact that the group has been active since 2011 is what provided the most useful data. He added that Symantec has seen multiple versions of the same tools modified and built over time by Longhorn. As Symantec discovered new threats and versions, the changes were documented.

“In the Vault 7 documents, there are release notes for each version of a tool describing version numbers, feature changes and dates released,” Chien said. “Those dates, features and versions matched exactly with the history of the tool and our documented changes, and that evidence provided the largest correlation.

“In addition, a variety of the features in the toolset match with information in the Vault 7 documents, such as cryptographic methods, obfuscation techniques, and command and control protocols,” he added.

In terms of the Vault 7 tools used in the Longhorn attack, Symantec’s research found that the group used zero-day vulnerabilities as part of its activities. Chien said the Vault 7 actors used at least one zero-day, so there was a period of time where a patch was unavailable. That said, he noted that security solutions generally make use of a variety of techniques to detect anomalous behavior at different control points. For example, the Longhorn threat actor came to Symantec’s attention in 2014 with an attempted compromise that did make use of a zero-day.

While some of the data revealed in the initial Vault 7 data dump was for older tools and vulnerabilities, Symantec’s analysis shows that the tools and the group behind them are likely still active.

“We have evidence that the use of Longhorn tools were still active in 2016 and are still examining datasets to see if other more current tools we detect are actually related,” Chien said.