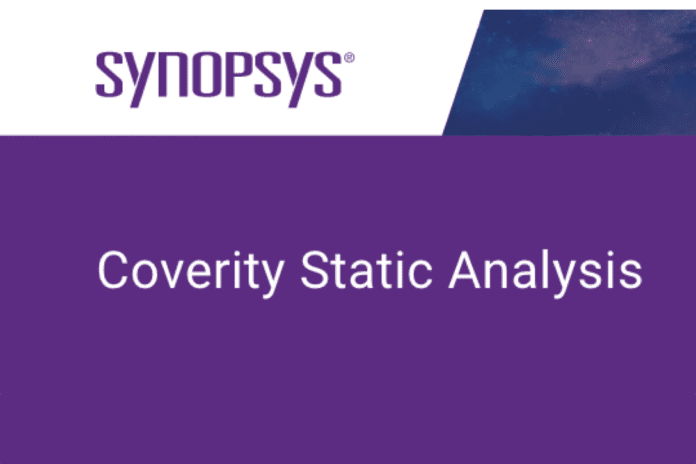 Static analysis is an approach where code is examined for potential risks and vulnerabilities before operating in a runtime environment. With the Coverity 2018.12 update, organizations can examine code faster than in previous versions of Coverity, thanks to multiple enhancements. Synopsys has also expanded Coverity to enable broader scanning for more vulnerability types across a variety of programming languages.

“Historically, Coverity’s strengths have been in its breadth and depth of code base analysis,” Yatin Patil, product management manager and application security expert at Synopsys, told eWEEK. “In the latest release, Coverity extends these advantages to newer languages and frameworks.”

One of the key new capabilities in the Coverity update is a feature that enables static code analysis without build. Typically in many programming languages, code needs to be compiled, or “built,” before it is able to run. The process of software builds is often done at the final stages of development and can sometimes be time-consuming.

“The new ‘analysis without build’ capability allows security teams to begin analyzing projects in seconds by simply pointing Coverity to a source code repository—this could be a local code repository or in a Git repository,” Patil explained. “Coverity examines source code directly, without first having to do a full build operation.”

Patil said Coverity analyzes the project structure and automatically identifies and downloads any dependent packages for analysis. He added that analyzing builds is not always easy or convenient, especially for security teams tasked with testing many projects and that don’t have ready access to the build system for every project. According to Patil, many security vulnerabilities, such as cross-site scripting, SQL injection, path manipulation and missing authorizations, can be identified directly by analyzing the code.

Pre-build analysis isn’t for all types of applications. It is only ideal for apps written in languages such as Java, JavaScript, C# and other languages that are either interpretive in nature or where the code can be modeled fairly accurately without requiring compilation. Patil said that analysis without build is not suitable (and not supported) for languages like C/C++ that are heavily reliant on preprocessing and compilation to get an accurate picture for code modeling purposes.

“In the context of application security testing, analyzing the framework is as essential as analyzing application code in order to get a comprehensive understanding of the application’s security vulnerabilities,” Patil said. “Coverity 2018.12 adds support for dozens of new frameworks for Java, JavaScript and C#, as well as improving support for frameworks that were previously supported.”

In supporting a framework, Patil explained that Coverity uses its awareness of the framework’s behavior and significant characteristics to analyze the application code in context, which enables the identification of incorrect usage, or the use and/or manipulation of tainted data. He added that Coverity’s array of checkers are used to analyze both application and framework code together.

The new Coverity update also provides advanced JavaScript template analysis. Templates generate HTML on the fly for rendering in the browser, which is also analyzed by Coverity for completeness.

“While Coverity has always been able to detect XSS vulnerabilities, the new Coverity release enables customers to detect instances of XSS that manifest as a result of the HTML dynamically generated by JavaScript templates,” Patil said.

Looking forward, there are a number of things that Synopsys has planned for Coverity, including a new deployment option. Patil said that Coverity will soon be available as a software-as-a-service (SaaS)-based cloud deployment offering.