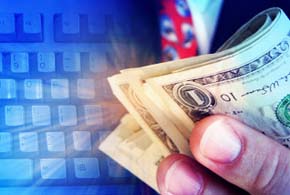 Private equity firm Thoma Bravo is once again wading into the security arena, this time picking up a majority interest stake in security vendor DigiCert.

As part of the deal, in which financial terms have not been publicly disclosed, Thoma Bravo is acquiring the majority interest in DigiCert, with existing shareholder TA Associates remaining on-board as a minority shareholder. Current management at DigiCert will remain in place to oversee day-to-day operations.

“DigiCert represents an outstanding investment opportunity to back a market leader with a tremendous management team in a sector we know well,” Seth Boro, managing partner at Thoma Bravo, said in a statement.

DigiCert has emerged in recent years to become one of the world’s leading Secure Sockets Layer/Transport Layer Security (SSL/TLS) certificate authorities. SSL/TLS is the foundational technology used to encrypt data in motion across the Internet. Having proper valid certificate authority (CA)-issued SSL/TLS certificates is key to maintaining the integrity and authenticity of the SSL/TLS system. DigiCert is a well-known and well-respected CA, and its customer base includes IBM, Sony, Facebook, VMware, Intel and Harvard University.

DigiCert itself acquired the CyberTrust Enterprise SSL business from Verizon Enterprise Solutions in June of this year. As part of the Verizon transaction, DigiCert gained new technologies and customers, as well as control of several root certificates along with intermediate certificates that Verizon had been managing.

In a video interview with eWEEK earlier this year, DigiCert’s Chief Security Officer Jason Sabin discussed the critical security role that SSL/TLS certificates play in the modern connected world and in the emerging Internet of things (IoT) landscape. The IoT opportunity in particular is an area that Thoma Bravo is interested in growing.

“DigiCert is well-positioned to take advantage of emerging opportunities in areas such as securing connected devices in the Internet of Things world,” Robert Sayle, partner at Thoma Bravo, said in a statement. “We’re dedicated to backing existing management and helping them grow organically and through strategic investments and acquisitions in the years to come.”

Thoma Bravo is no stranger to the world of security, having made multiple successful investments in the space in recent years. In 2011, Thoma Bravo acquired network security vendor Blue Coat in a $1.3 billion deal. In March of this year, the private equity firm sold Blue Coat to Bain Capital for $2.4 billion.

“We look forward to adding Thoma Bravo’s strategic insight and influence as we embark on our next phase of growth,” Nicholas Hales, CEO at DigiCert, said in a statement. “They have a proven track record in the security space and we look forward to what will surely be a rewarding partnership.”