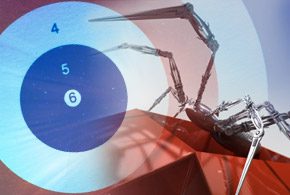 Love it or hate it, Uber has helped transform many people’s lives and the way they travel in urban areas. At its core, Uber is not a taxi company; it’s a technology service, and one of its primary assets is user information.

Uber recently closed a high-impact flaw in its platform that could potentially have put user information at risk.

Although the vulnerability is interesting, so too is the means and method by which it was discovered in the first place. Although Uber is a technology company, it didn’t discover the flaw on its own, but rather by way of a third-party researcher, participating in a bug bounty program.

“Through the endpoint at /rt/users/passwordless-signup it is possible to change the password of any Uber user, given knowledge of their phone number (or by just enumerating phone numbers until one is found that is registered with Uber—not too hard given the number of Uber users),” the HackerOne bug report 143717 details show.

As it turns out, bug report 143717 is a very critical issue. The issue was first reported to Uber on June 8 by a security researcher identified only by the alias “Mongo.” Uber responded to Mongo’s report the same day and made nearly immediate changes to fix the identified issue. On June 28, Uber rewarded Mongo with a $10,000 bug bounty for responsibly disclosing the 143717 issue. The threat addressed in the 143717 issue, however, didn’t become public until July 14.

This was a critical issue, and it looks like the flaw could have had significant impact on Uber’s business and its clients. Uber itself (and again Uber is a software company) did not find this issue on its own, despite its significant engineering and security resources.

Remember, Uber is where security researchers Charlie Miller and Chris Valasek now work. Miller and Valasek are the two researchers responsible for hacking a Jeep in 2015 that led to the recall of 1.4 million vehicles. So even a company like Uber, which employs two of the most well-known security researchers on Earth, did not find a critical vulnerability in its software on its own.

When a more severe vulnerability is reported by a hacker and resolved by any security team, this is proof of the success and value of bug bounty programs, Prins added.

The fact that Uber didn’t find the flaw on its own is not necessarily a bad thing, but rather speaks to the incredible value and need for bug bounty programs. Simply put, there are almost always going to be more skilled security people outside a company than inside. By tapping into the broader security researcher community, any company, be it a software vendor or the U.S. Department of Defense, can get different viewpoints, and identify potentially previously unknown vulnerabilities.

As for Uber security researchers Miller and Valasek, they too can potentially benefit from bug bounty programs. Fiat Chrysler America (FCA) recently launched its own bug bounty program on the Bugcrowd platform. In an interview with eWEEK at the time, Casey Ellis, CEO and founder of Bugcrowd, said that with the program, researchers like Miller and Valasek now have a platform to communicate flaws to FCA.

The bottom line is that security researchers, wherever they might be, and for whomever they work, can and should be free to help improve security without being limited to their place of employment, and that’s a promise that bug bounty platforms help enable.