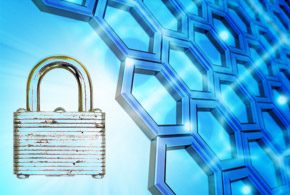 Technology startup Veriflow announced on July 6 that it has raised $8.2 million in a Series A round of funding, in a bid to accelerate its platform that enables organizations to mathematically verify network configurations and security.

The Series A round of funding was led by Menlo Ventures and included the participation of New Enterprise Associates. Total funding to date for Veriflow now stands at $11.1 million as the company had previously raised $2.9 million in a seed round of funding. Veriflow will use the new funding to continue to develop the technology platform and fund go-to-market efforts, as the company works toward a generally available release.

Brighten Godfrey, CTO at Veriflow, told eWEEK that the $8.2 million Series A round of funding provides his company with sufficient runway to execute on its development and sales plans. Veriflow publicly announced its formal verification approach to security in April, providing a technology platform that enables organizations to validate network configuration and identify potential security gaps. The formal verification method takes a mathematical approach to predicting the possible data flows on a network and how networkwide policies will actually work.

The basic promise of the formal verification approach is that potential security gaps and network misconfigurations can be identified before an organization makes some form of policy or IT change. Since April, Veriflow has further solidified the use cases with which the formal verification technology will help, based on feedback from the market and early customer pilots, according to Godfrey.

Among the key use cases for Veriflow is helping networks and service providers avoid network outages. Godfrey noted that often there is only a small window of time where network engineers have to validate a potential change and the overall impact.

“Problems discovered by users as a result of change can often lead to a service outage,” he said. “What verification can do is find problems at the time of making a change.”

As Veriflow has been engaged in early customer trials, it has also come into contact with a large diversity of third-party technology vendor gear.

“So as we do more trials, we are continuously building out our library of support,” Godfrey said.

Godfrey said that it’s a challenge to support a broad rand of devices, including switches, routers, load balancers and other networking gear. It takes a lot of investment on Veriflow’s part to understand devices completely and properly, he added.

“It’s also an opportunity, as the broad range of devices in use often represents a major source of complexity in a network,” Godfrey said. “So if we can provide a platform that understands it all, we’re going to help more organizations.”