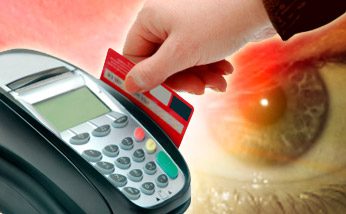 Specialty sports-apparel retailer Genesco filed a lawsuit on March 7 against Visa seeking to recover nearly $13.3 million in fines that the credit-card company levied following a breach of the retailer’s systems that may have resulted in fraudulent transactions.

The civil case could be the most significant test to date of the Payment Card Industry’s Data Security Standards (PCI DSS), which forces merchants that handle credit-card data to follow certain security practices or face fines from the credit-card industry, said Torsten George, vice president for risk-management firm Agiliance. The lawsuit argues that Visa is not allowed to require other companies to pay penalties citing Visa’s own operating regulations and California law. The lawsuit also alleges that Genesco was never out of compliance with PCI DSS regulations, and so it should not have been fined.

The lawsuit, first reported by Wired.com, is the first time a merchant has sued a credit-card company for fines levied under PCI DSS. The legal action stems from a 2010 compromise at Genesco, about which the company provided only limited details in the court document. The attackers installed a packet sniffer on the company’s network that siphoned off card data sent from Genesco to its banks. The attackers apparently did not target the company’s stored card data.

While companies complain about the cost of complying with PCI DSS, the specifications do result in better security, especially if companies treat them as guidelines to be exceeded, rather than onerous tasks to check off. In a 2010 analysis, Verizon found the companies who suffered a breach were far less likely to have complied with PCI DSS. Yet, others have argued that the rules do not result in better security, because companies that should have been PCI-compliant but were not have still suffered notable breaches.

In June 2011, Visa fined both banks $5,000 in noncompliance fees, Genesco stated in its lawsuit. Both banks appealed the fines, but to date, Visa has not responded to the claims and continues to withhold the $10,000 penalty from both banks, according to the lawsuit.

Visa hit the company’s banks in January 2013 with two massive fees, which the banks passed on to the company, taking $12 million from its Wells Fargo account and $1.3 million from its Fifth Third Bank account. The fines consisted of an operating expense recovery assessment and a counterfeit fraud recover assessment, which were then—per the agreement between Genesco and its banks—passed on to the merchant.

“Visa’s imposition of the (fines) is a violation of Visa’s contract (with the banks), because at the time of the intrusion and all other relevant times, Genesco was in compliance with the PCI-DSS requirements,” the lawsuit stated. It added later, “Visa does not even pretend that the Non-Compliance Fines represent actual damages that Visa incurred by reason of the Acquiring Banks’ alleged failure to cause Genesco to maintain compliance with the PCI-DSS requirements.”

If the courts agree, credit-card companies would not be allowed to fine merchants except for actual, provable damages, which could severely limit the incentives to follow the PCI DSS security standards.

“If the courts reverse the fine, it would shake the PCI standard to its core,” George said. “If they say that you cannot enforce any penalties, then they will make PCI toothless.”

Neither Visa nor the PCI Security Standards Council had a statement on the lawsuit by publishing time.