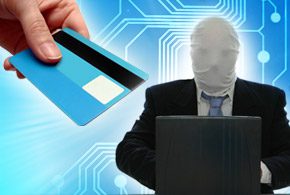 The WannaCry ransomware worm that first impacted organizations around on the world on May 12 continues to be a major source of concern, though the risk has been somewhat mitigated by the triggering of a “kill switch”‘ and an additional patch from Microsoft.

WannaCry exploits a vulnerability in Microsoft’s Server Message Block (SMB) protocol used to connect to files and folders across a network. Microsoft patched the flaw with its MS17-010 advisory on March 14, though that patch did not cover older systems that are no longer supported.  Since then, the company has extended the MS17-010 update to Windows XP, Windows 8 and Windows Server 2003.

“This decision was made based on an assessment of this situation, with the principle of protecting our customer ecosystem overall, firmly in mind,” Phillip Misner, principal security group manager at the Microsoft Security Response Center, stated in an advisory on WannaCry.

A weaponized version of the SMB vulnerability first became public on April 14, as part of a tools dump from a hacker group known as the Shadow Brokers. The tools were allegedly stolen from a different set of hackers known as the Equation Group, which has been associated with the U.S. National Security Agency.

WannaCry has been responsible for shutting down hospitals across the United Kingdom and, according to Europol, the attack has impacted more than 200,000 victims across 150 countries. In a Twitter message, the European police agency called the WannaCry attack “unprecedented” and called for an international investigation.

While the SMB exploit that enables the WannaCry ransomware worm to easily spread was taken from the Shadow Brokers, the actual code in the ransomware has a different origin. The UK National Cyber Security Centre is crediting a UK researcher known publicly only as “MalwareTech” with discovering a so-called “kill switch” in WannaCry that may have helped to slow the advance of the ransomware worm. If a kill switch is activated, activity will cease.

With the WannaCry ransomware, the authors of the malicious code embedded such a kill switch that activates when and if the ransomware is able to connect to a specific domain.

“This sinkholed domain has prevented further infections occurring and has already resulted in preventing over 100,000 potential infections,” the NCSC stated. “However, this action will not remediate infections that have already occurred.”

MalwareTech acquired the kill switch domain after getting a sample of the WannaCry ransomware from a security researcher known as Kafeine who works with security firm Proofpoint. MalwareTech’s analysis found that WannaCry was querying an unregistered domain, so he promptly registered it.

“All this code is doing is attempting to connect to the domain we registered and if the connection is not successful it ransoms the system, if it is successful the malware exits,” MalwareTech blogged. “The reason was suggested to be a kill switch in case something goes wrong, but I now believe it to be anti-analysis.”

MalwareTech warns, however, that the kill switch is likely only a temporary fix and other variants of the WannaCry malware will likely emerge that do not contain the same kill switch.

Although WannaCry has made global headlines and put lives a risk, the attackers behind the ransomware worm so far have not made all that much money, given the global impact of the attack.

The same code used by MalwareTech to discover the kill switch also clearly reveals that the ransomware only has three Bitcoin wallet payment addresses. As part of the WannaCry attack, user data is encrypted and then held for ransom, which the victim must pay in Bitcoin. There are only three Bitcoin wallets that are part of the WannaCry attack where victims can direct payment to get their files back.

As of 8 a.m. ET on May 15, the three Bitcoin wallets associated with WannaCry had received a total of only 181 payments, totaling approximately $50,000 USD.

The fact that so few of the victims have actually paid the ransom isn’t all that surprising and is consistent with trends reported by security firms in recent years. An August 2016 report from security firm Check Point on the popular Cerber ransomware found that only 0.3 percent of ransomware victims paid a ransom.